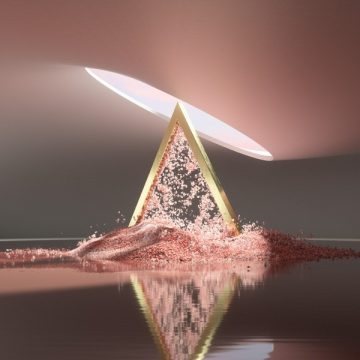 The Vamps, aka Brad Simpson, Connor Ball, Tristan Evans and James McVey,  with their own brand of commercial power pop are extremely popular in the UK. Their debut album was a platinum seller and they are a boy band with attitude. A bastard son of Duran Duran in ‘Reflex’ mode, they already have tucked away this release as a Number 1 Album, with a raft of accolades. Although the album went straight to number one in the UK, it holds a less wanted record as having the fastest drop seen from a number one album in its second week, dropping 71 places to 72.

As to whether those accolades were entirely deserved, on the whole…yes. The Vamps certainly know how to play and connect well into a modern teenage radio audience, they have the look, as well as an army of girl fans, and they are now gaining the songs to support that look as well.

A typical example of the slick power of the music would be “Married in Vegas” as it has all the elements of modern sharp end pop, and the lads can all play their instruments, and have paid their dues out on the road supporting a range of major artists including McFly and Selena Gomez.

A big plus, aside from real musical talent, is the fact that the band write their songs in house, and have a collaborative feel with all four band members writing the majority of the songs. There is a texture to the tracks too, with “Would You?” being a standout due to its change in pace and rhythm. As you listen to the album you are taken through boy ballad pop and techno dance, it is clearly well-produced and extremely shiny.

This last point is, perhaps, the only weakness in the piece. This is a band that knows a little about R & B, but they don’t exploit that, they hide it in the background, and the polish is almost too much; they could allow their music to retain a slightly rougher edge and move away from their teen sound a bit.

So the accolades are there and, in truth, there is not a bad song on the album, but it will excite its existing market rather than reach out towards a new one.

The Spill Magazine is a Toronto-based online publication dedicated to covering the independent music scene with a strong focus on our thriving hometown talent. Our writers bring you up-to-date news, in-depth features on musicians and reviews for the latest CD releases. We also travel to the front lines for all local festivals including Canadian Music Week and North by Northeast. Don’t forget to check out our Facebook and Twitter pages for all daily Spill updates.
RELATED ARTICLES
album reviewalbum reviewsvirgin emi
9.0