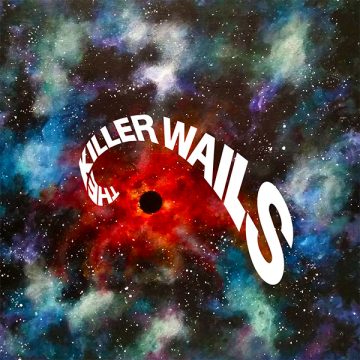 Toronto’s The Killer Wails offer something refreshing this summer with their first self-titled full-length. Described as “weirdo punks”, they have created an album which is undeniably punk-influenced although its charmingly lo-fi, and at times laid back, instrumentation hearkens back to classic rock.

Much of the album is reminiscent of a time past, with throwbacks to the sounds of the Misfits and MC5. Classic-sounding guitar riffs complement a garage punk sound that remains fiercely original in today’s music scene.

From the ‘50s style croons on “Grandpa’s ‘57” to the volatility of punk shouts on “Human Error,” the album spans genres vocally. Subject matter is just as wide-ranging – from Paul Rudd versus Michael Myers in “Halloween VI” to a backseat love story in “Grandpa’s ‘57”.

“The Hunter” features surf rock riffs with a rolling bassline, reverberating guitar, and vocals that have a Cramps vibe to them. “George Washington” is a subdued rock ‘n’roll slow dance with later-era Arctic Monkeys feel which spans to punk rock and back within its six minutes.

The Killer Wails combine nostalgia and originality, past and present, and in doing so have produced an album that demands multiple listens.