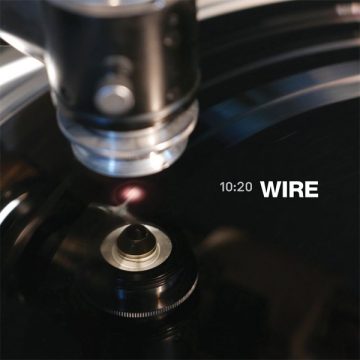 You could call Wire’s 10:20 a B-sides album. Released through the English band’s own label Pinkflag, they refer to the tracks on 10:20 as ‘strays’ — songs that had no place on their previous 17 studio albums. However, tracks like “Boiling Boy” and “German Shepherds”, which the group have been playing since the ’80s, are far too dignified to be misplaced as stray B-sides. A more perverse take would be calling this Wire’s “pop” album.

“The Art of Persistence” is a new wave banger written when the band reformed in 2000. “Small Black Reptile” is a dance-ready take of Wire’s original industrial track from 1990’s Manscape. Perhaps a better way to describe 10:20 is evolution. Tracks like “Over Theirs” are constantly reincarnated, appearing on several Wire albums since 1985, reborn here as an anthemic rock song. For this reason, 10:20 earns a higher title than a stray B-sides album. Instead, it’s a brilliant snapshot of songs in a state of chrysalis, like a momentary acknowledgement that nothing truly ends.

Michelle La is a freelance writer based in Melbourne, Australia. She is the Editor of Cat Brain Land, a music blog that loves new and alternative music from Asia and Australia.
RELATED ARTICLES
album reviewalbum reviewspinkflag records
8.0