SPILL ALBUM REVIEW: THE EIGHTY SIX SEAS – THIS IS JUST A SIMPLE SONG 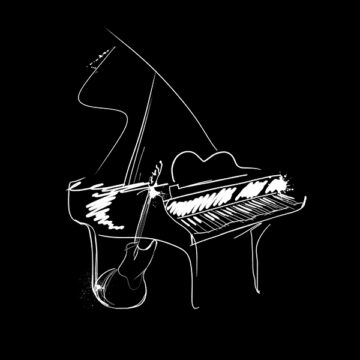 The Eighty Six Seas
This Is Just A Simple Song
Independent

Brooklyn singer songwriter Nick Stevens, the man behind The Eighty Six Seas moniker, tries quite a bit to make sure that This Is Just a Simple Song, the title of his debut, six-song EP stays true to the title. Easy on the ear melodies, sung in his softly tinged voice are all over the place here.

Yet, as is usually the case, things are not so simple–and they shouldn’t be. Behind the seemingly ‘simple’ song concept Stevens lies down as his base, lie sone intricate musical arrangements (‘Heathcliff of the Prom’) and lyrics you would possibly encounter with Belle and Sebastian (one of Stevens’ clear references) or Stephen Merritt’s The Magnetic Fields.

It is quite obvious that it took Stevens a bit of time to shape and fashion this set of introductory songs which are abound with both musical and lyrical maturity and that by picking up on various and diverse musical influences he seems to have an impeccable taste.

All this promises that This Is Just a Simple Song will bring us more musical delights from Nick Stevens and his The Eighty Six Seas.

SPILL ALBUM REVIEW: THE EIGHTY SIX SEAS – THIS IS JUST A SIMPLE SONG