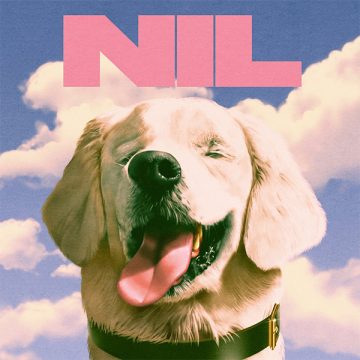 Fuck Art is the third studio album from the Hamilton, Ont.-based The Dirty Nil, in which they reaffirm their commitment to keeping the spirit of rock ‘n’ roll alive. Partially recorded in Toronto’s Union Studios and finished during quarantine in lockdown, the trio reteam with veteran music producer John Goodmanson to deliver 11 tracks chock-full of sheer adrenaline, heavy distortion and guitar-charged power.

The Dirty Nil swan dive into a multitude of genre influences across Fuck Art. Channeling the likes of Metallica and Motörhead for the lead single “Doom Boy,” “Ride or Die” and “Damage Control,” which soar with thundering riffs, powerful drum rolls and even a guttural death-metal roar or two. Elsewhere, power-pop, punk and ethereal alterna-rock turn up to make the record their most diverse-sounding to date without ever making it feel like the power trio’s working outside their wheelhouse.

Lyrically, Fuck Art features more mature writing from the guys who filmed a music video inside frontman Luke Bentham’s mom’s Dodge Caravan before demolishing it for kicks. Bentham honestly addresses the relatable insecurities and realizations that befall a rock band entering early 30s adulthood. “Hello Jealousy” hears him grappling with boomeranging feelings of jealousy (“I’m going through the seasons wearing envy like a coat”), while “Possession” is a pointed attack on toxic, dysfunctional relationships.

That said, The Dirty Nil haven’t entirely grown up yet. No, they’re still letting loose with less serious tracks about bringing on karmic retribution (“To The Guy Who Stole My Bike”) or championing smashing their TVs and cell phones and going outdoors to get away from all of life’s nonsense (“One More And The Bill”). But the cheeky title and adorable puppy dog cover art might’ve already been a dead giveaway from the start.

In the end, cranked up distortion levels and subgenre-melding shreddage collide to let the good times rock ‘n’ roll on The Dirty Nil’s ultra-fun, riff-roaring and somewhat—extra emphasis on the “somewhat”—emotionally intelligent Fuck Art.