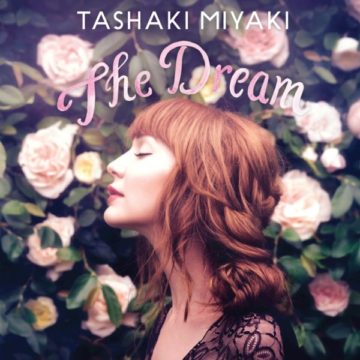 Usually, it is supposed to be like this —  if you haven’t heard of an artist, it is for your own good. But in this information glut we live in, you’re bound to miss on some good ones, even great ones. After listening to Tashaki Miyaki’s debut album, The Dream, I just have one dilemma – have I been missing something good or great? You see, the band has been around for a number of years (six to be precise), and has been issuing stuff here and there, but they just flew by me completely. Judging by the acknowledgment they have gotten so far, the same has happened with practically most  people. So who are they anyway?

Tashaki obviously have a tongue in cheek sense of humour and quite a good knowledge of cinema, since their name is a wordplay, or shall I say Westernized pronunciation of the name of the Japanese film director, Takashi Miike.  I guess they should be familiar with the movies, this girl/boy duo, are from LA, and judging by the music itself obviously have a part of their inspiration in movie score composers like Spaghetti Western king Ennio Morricone, and Twin Peaks score composer Angelo Badalamenti. The other part is firmly in the old fashioned shoegaze camp lead by My Bloody Valentine. But that’s not all: Luke Paquin (guitars, mostly buzzin’) and Paige Stark (vocals, drums) obviously have a much larger record collection than that —  Sonic Youth, Mazzy Star, Nirvana, Neil Young —  you name it.

Here’s the catch —  they are able to blend all their influences into something fresh and interesting, without transforming themselves into simple copycats anywhere on the album. Yes, you can guess where they come from – the introductory “LAPD Prelude” sounds like it is straight from Kevin Shields’ notebook, and “Anyone But You” leans towards Hope Sandoval’s best, but hey, they do it with such grace and aplomb that you don’t even care. What is also key is that the years of honing their art has helped them to avoid the usual debut album shortcomings and missteps.  The album simply has a natural flow filled with really good music. Great is yet to be expected.

Formerly a lot of things, including a journalist and a translator, currently a freelance writer living in The Netherlands.
RELATED ARTICLES
album reviewsmetropolis records
7.0