SPILL ALBUM REVIEW: T.I. – US OR ELSE: LETTER TO THE SYSTEM 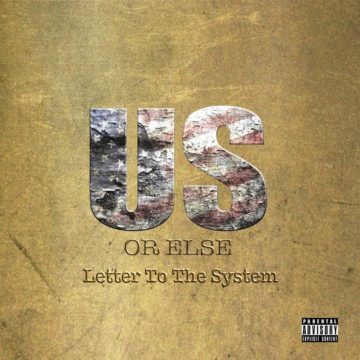 T.I.
Us Or Else: Letter To The System
Grand Hustle/Roc Nation

Us or Else: Letter to the System emerged from Us or Else, the six-track EP released in September of 2016.

T.I. is a high-profile advocate of Black Lives Matter. His album Us or Else: Letter to the System is a clear illustration of what’s been in the news and alerts black people who are wrongfully labeled when they are just trying to live their own day-to-day lives.

The first track, “I Believe,” was on repeat for about 3 to 4 times, it was just that catchy and made me listen to it over and over again. Immediately I had a feeling this album would be my on-repeat playlist.

The third track, “Black Man,” was bold, strong and chilling. It features Meek Mill, Quaro and Rara and was brutally honest, but in a good way, and I hope it makes White America, (even Canada) uncomfortable.

When I first heard the song, “Warzone,” in September-2016 (track 5,) and watched the music video, I had a strange feeling, where I felt proud of T.I. for speaking up on a topic that needs more cognizance. Whether it makes white folk uncomfortable or not, he sure did make a powerful statement with this track. Listening to it again now, it still catches me the same way making me furious at the idea of people turning a blind-eye to such venomous situations.

This album is selfless, dominating and powerful. It is definitely going to be a timeless album that’s going to be on repeat for a very long time.

SPILL ALBUM REVIEW: T.I. – US OR ELSE: LETTER TO THE SYSTEM