While waiting for the music to begin, Montreal-bread Sonic Avenues grabbed a quick round with Sudbury friends and musical openers Strange Attractor. The scene was a humble one, as the groups embraced any and all who walked their way. Conversations of band praise intermixed with friends/family greeting the groups.

When the music took off, Strange Attractor offered up bite-size songs well under the two-minute mark as Punk-infused hors d’oeuvres to the night’s main event. Where skanking becomes the indicator of a good time, the crowd seemed to be plenty hungry for what they were serving up. 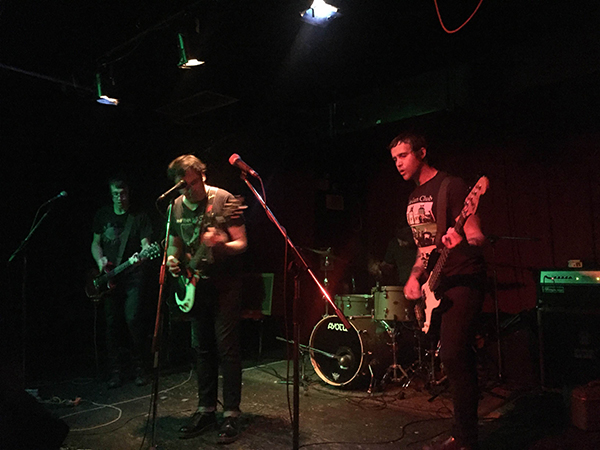 With Blow the Fuse Records set to officially release Disconnector at midnight, the energy in the room was electric. Before the band took the stage, singer/songwriter Max Desharnais was available for quick comment on the new album.

“It’s been a lot of work, obviously, like every record. So much stress, so many hours, but I can say that I think this is my favourite record of the four we’ve done so far.”

In speaking about his favorite song on the new album, Desharnais claimed it was no easy task to dissociate from the album to pick a favorite. iPhone voice memo to head; however, he went with “Forgetting the Sound of My Mind.”

“It’s got that kind of contrast that I wanted to work on in the previous records… It’s a bit darker, it’s slower. I think it’s showing new colors of the band”.

Desharnais also mentioned a new “aesthetic to the songs. It’s a cleaner approach; less garage. We wanted to ease up a bit on the pedal. There’s still a lot of saturation on the guitar, a bit of vocals here or there, but it’s more calculated than everything just going through the grinds”. 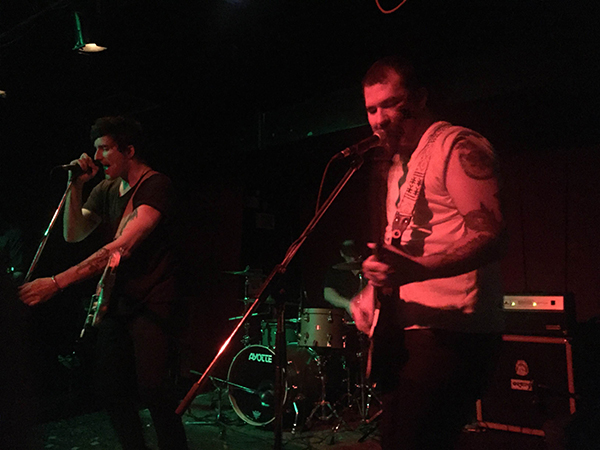 Though he didn’t feel like his musical influences came through at all in the music, Sonic Avenues frontman Desharnais still noted quite a few musicians who inspired him throughout his period of writing. Amongst them, he noted The Sound, Gary Numan, Flock of Seagulls and Brian Eno.

Before heading off to play some more shows across the East Coast of Canada and a three-week tour in the United States, Max, Sébastien Godin, JC Niquet and Chance Hutchison elated their Montreal fan base with all the new tracks of their personal brand of loud Rock ’n’ Roll.

True to the words of the band’s lead vocalist, their sound had, in fact, changed from previous albums. Every bit as gripping, the songs on Disconnector hit on a more powerful note. They were angst-laden, heartfelt and clearly coming from a place of even more thoughtful music writing. Veering away from a bouncier Punk Pop and truly hitting home with Grungy Punk, this new sound is one sure to reinvent the group in the minds of many.

The mood lightened about three songs deep with the playful sounds of “Dancing in the Sun,” but the real madness began roughly halfway through the set with Desharnais’ favorite track “Forgetting the Sound of My Mind.” The group kicked up to a new level of energy for the duration of the show. Hair tossing, feet kicking, tongues out – a true Rock show!

Emily Rubin is a lifestyle writer who focuses most of her efforts in the fashion & digital marketing spaces. She forayed her modern version of pen to paper time into the world of Spill Magazine to uncover new music aside from the “Discover” playlist on Spotify. With an eclectic musical palette, Emily reviews a wide host of tunes for Spill, but her concert coverage exclusively explores the scene of her native Montreal.
RELATED ARTICLES
live reviewmontreal