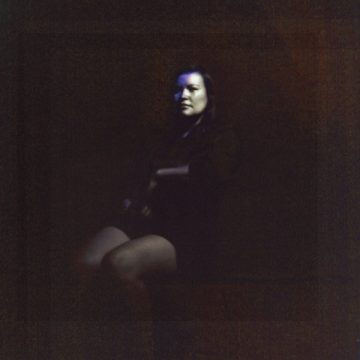 Hold/Still is Suuns’ (pronounced “soons”) third album in six years (if you ignore their collaborative effort from 2015 – a propulsive seven-tracker with Jerusalem In My Heart). Their sound has changed little in that time; angular, throbbing, molasses-paced “Art-Rock.”
While Hold/Still might be their most cohesive work to date, it suffers from the same wounds as their previous releases.

Opener “Fall” sets the dead-leaf precedent, and “Un-No”, by far the best track on the album, provides a levitating antithesis, with backing instrumentation simulating the elasticity of Gesaffelstein, while adding crackling, whipping, sidewinding guitars. This soundscape allows for the weak “Once you know, you can never un-know” (“Un-No,” get it?) to fly by without harm. It’s a dire and vital track, which isolates it from the others completely.

“Resistance” epitomizes the scattered emptiness of the album. Suuns don’t seem to understand that space is only effective when there is shirt-grabbing, finger-stretching tension, elsewise you have a case of Coil-gone-wrong, of These New Puritans minus the suspense, of, in a very awkward and magical way, “pretension.”

“Translate” has a giddy, cyclonic riff and math-y structure, making it redolent of Battles’ recent album. The tawny and reverbed backing guitars, combined with an urgent and whispered “don’t tell, don’t tell” create an intoxicating atmosphere. It is here that the careful knob-turning of producer John Congleton (who previously worked with Swans, St. Vincent, Hookworms, and many other magniloquent groups) deserves kudos.

“Brainwash” is essentially a Deerhunter track with poetic distinction swapped out for groaning, redundant dub. “Paralyzer” features a distant, wailing synth that evokes the brassy, monstrous shriek from Kanye’s “Send It Up.”

“Careful,” the longest track on the album, is a slow builder à la Reflektor-era Arcade Fire. It has moments of zero progress which are thankfully punctuated by instrumental bits (notably reversed drums) that wander in front of camera-one like drunk and lazy extras; just there to populate the set, not to make a scene. Each minor-to-major verse is appended by a mumbled “just try to be more…careful” – and there lies the crux. The song builds and builds, carefully and fastidiously, but to what end?

The aesthetic here may be marketed as “restraint,” but that description carries with it the distinctly sour-milk stench of bunkum. I (and most music listeners, one would expect) want music that catharts – and if it does not, it better have a compelling reason for holding back. It doesn’t help that most of the lyrics here are pseudo-cliché; so vapid they would make early-‘90s shoegazers chew their fingernails in apprehension.

The downtempo, melodramatic “Nobody Can Save Me Now” and mindless, unsatisfying “Infinity” – the latter sounding like a scrapped Radiohead B-side (heck, C-side) from the The King of Limbs sessions – close off the album.