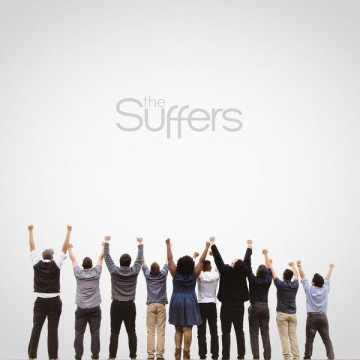 The Suffers’ self-titled debut album combines vintage soul, jazz and reggae to create a unique blend of R&B.
Over the past five years, the 10-piece ensemble has been making a name for itself by performing at various venues like the Newport Folk Festival, Austin City Limits, and last year making their TV debut on Late Show With David Letterman.

The Suffers begins with the Jackie Brown-esque song “Make Some Room,” which is by far the standout track on the album. The infectious grooves played by the rhythm section, combined with Kam Franklin’s soulful voice, hook you from the start.

While the first few tracks are pure R&B, “Slow It Down” brings a catchy reggae feel to the mix, adding a little spice to the album. The reggae influence can also be heard on “Good Day,” which sounds as if it was recorded by Aretha Franklin on vacation in Jamaica. The band continues to show off its versatility with “Better,” which treads into the pop realm, while “Gwan” has an early Santana vibe to it. All the while The Suffers is able to maintain the Motown feel that is the foundation of the album.

The Suffers ends with the slow-jam “Giver,” which is definitely the most musically diverse track on the entire album. Running more than seven minutes, it starts with a slow, Motown feel that eventually gives way to some great sax and trumpet solo, bringing a “cool jazz” feel to the song.

When listening to this album we hear that The Suffers is a band that has studied its genre, with essences of Al Green, Bobby Womack, and Isaac Hayes appearing on many tracks.

With only 10 songs, The Suffers is clean and concise with hardly any filler material. Whether it’s a feel good funk jam or a tender soulful ballad, each song is unique and fresh.

As a child growing up in the suburbs, Ryan found music as a way to soothe his boredom. After first hearing AC/DC at the age of 10, he was hooked on music. Tracing its roots to the ‘50s, he became obsessed with Elvis, Buddy Holly and Chuck Berry. Somehow that led to grunge, then psych-rock, then jazz, etc. The list goes on and on and his collection of vinyl records continues to grow.
RELATED ARTICLES
album reviews
8.0