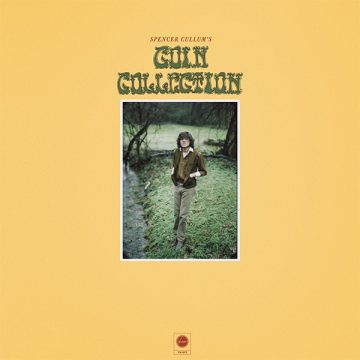 If the last name Cullum rings a bell, to the disappointment of many, or to the delight of equally large group of listeners, this is another Englishman, but not the jazz/pop Jamie. And this pedal steel guitar-playing Englishman is not in New York, but in Nashville, and this is his debut, Spencer Cullum’s Coin Collection. Very often, an album title certainly hits the mark, and so does this one, because Cullum has given us quite a collection of musical coins. His coins are bright shiny new ones, but Cullum has made sure that they have a bit of a 60s and 70s patina, as you might have guessed by the cover here.

“I wanted to write a very quintessential English folk record, but with really good Nashville players,” says Cullum and he does exactly that. But, instead of these Nashville players giving the album and songs here that country twang touch, Cullum makes them go through prog folk runs that sound new and fresh on one side, and still recalling the music of the likes of Nick Drake, Kevin Ayers with even a bit of an American touch of Tom Rapp, like in the brilliant “Imminent Shadow”.

So how was Cullum able to do that? Well, if you check the list of his contribution credits which goes from Kesha, Dolly Parton, and Deer Tick to Miranda Lambert and Dylan LeBlanc, you can realize why his coin collection sounds so mature and accomplished.

Formerly a lot of things, including a journalist and a translator, currently a freelance writer living in The Netherlands.
RELATED ARTICLES
album reviewalbum reviewsfull time hobby
8.0