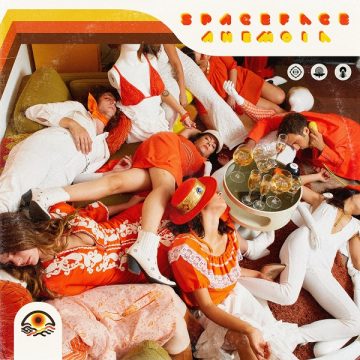 Quite a few bands and artists have their favorite pastime, and usually it is yet another music project, that somehow or partly doesn’t fit with their ‘main’ project. It also can happen that this side project can become more prominent than the ‘main’ one.

Spaceface, who have been around since 2012, is one such side project for Jake Ingalls of The Flaming Lips and Katie Pierce of Pierced. While this side dish may have not become more prominent for either or any other members of the band, Anemoia, their latest album just may push them to more prominence.

Sounds a bit simple? Sure, but behind ll of it is some intricate, bsophisticated pop, that certainly doesn’t sound simple and is as catchy as say the aforementioned “Long Time” or “Millions & Memes.”

Somehow, it seems that the concept Spaceface is promoting on Anemoia could be think while you dance. Enjoy is there for certain.

Formerly a lot of things, including a journalist and a translator, currently a freelance writer living in The Netherlands.
RELATED ARTICLES
album reviewalbum reviewsthe flaming lips
8.0