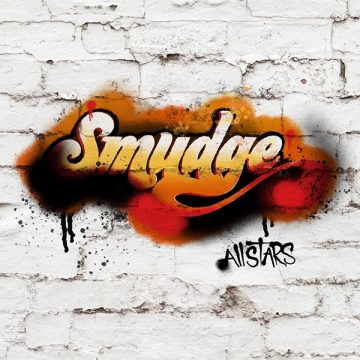 Back in the ‘90s, an Australian rock band called Smudge, was raved about by Lemonheads main man Evan Dando. Frankly, quite a good band that should have had more exposure.

Smudge All Stars? Nothing to do with these guys, nor with their music either. Under such an almost unassuming name what we get is actually some true “all stars”– of funk, dub and a few other things too. What about George Clinton (Funkadelic, Parliament), Lee ‘Scratch’ Perry, Alfred Pee Wee Ellis (James Brown Band) and quite a few others?

In many cases, such musical gatherings can turn into ego exercises (who’s got a bigger one…) with music going nowhere. But these guys are so good, so experienced, that if you woke them up in the middle of the night, they would come up with something that beats 90% of the stuff that comes out in their respective genres.

What is even more the case, no show-off time here, all the stars subdue their egos to the project at hand and try to come up with music that is both organic and cohesive.

On this self-titled debut by this conglomerate, Smudge All Stars certainly do come up with some brutal rhythms and melodies that only show that they fully deserve that “all stars” billing.

Formerly a lot of things, including a journalist and a translator, currently a freelance writer living in The Netherlands.
RELATED ARTICLES
album reviewalbum reviewspegdoll records
10