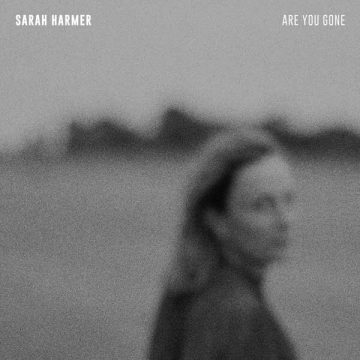 As is often the way with relationships, they get complicated and sometimes you aren’t able to realize how much you have missed someone until they step back into your life. Sarah Harmer’s return on Are You Gone after 10 years away from the spotlight is a welcome one, a warm blanket on a cold day, a moment of solace amidst it all. Brimming with quality and every inch an impressive release, Are You Gone feels less like an absence of 10 years and more like a glimpse into Harmer’s otherwise private life, or the smile that follows a long exhale.

Are You Gone, like all of Harmer’s work, is both personal and urgent in its storytelling; her lyrics use so much of the natural landscape that she clearly treasures as metaphor for human relationships as well as questions that have less straightforward answers. Never afraid to question, Harmer weaves together authentic lyrics with the warmth of her voice and a soundscape that leans, as ever, in the direction of folk and indie rock, though not limiting herself to just those genres, shown most impressively on the album’s second track “New Low”.

Though the front half of the album is strong enough, it is in the latter half that Harmer really shines. “What I Was To You”, a song dedicated to longtime- friend Gord Downie, is Harmer at her narrative best, while the slightly ominous album standout “The Lookout” slides from a piano line reminiscent of Neil Young to something more shadowy and tinged with bitterness. The foot-tapping glory of “Cowbirds” continues to propel the album towards its conclusion, and the transformative “Shoemaker” is Harmer at her very best vocally.

It may have been a decade since Sarah Harmer has been away from our musical consciousness, but it is clear with Are You Gone that in that time, she has continued to evolve as a musician, has refined her ability to play to all of her strengths, and has lived in a way that has allowed her to embolden and strengthen her lyrics with immeasurably valuable, real-life experiences.

Br. lives in southern Ontario, grew up on The Beatles and The Journeymen, spent his adolescence immersed in grunge, and his adulthood in British alternative. His greatest joy is seeing his son dance and grow into his own appreciation of the indescribable joy of music...
RELATED ARTICLES
album reviewalbum reviewsare you gone
9.0