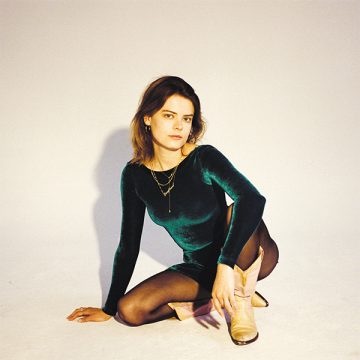 For quite a while now, you can simply label anything coming out of Nashville as country music, or even Americana. Still, those listeners who cringe at any mention of music out of that city tend to mention ‘traditional country music’ as the key reason. But can anything, or more precisely any music, bring down that preconception?

Maybe singer/songwriter Sara Bug and her self-titled solo album could help them on their way to enlightenment. After all, they just have to take one listen to the album, or even just the first three tracks here. From the mutant soft pop variations of the opener “Die With You”,  through achingly brief, string-driven “Lotta Pride”, to “Rosebank”, one of the better tracks Throwing Muses never wrote. It is all there.

But then, they shouldn’t stop there, because Bug is not bugged by any genre categorization and flies around quite a few of them with ease and elegance. And yes, there is a ‘classic’ country track there too, the closer “Back in Nashville”, with Bug’s tongue seemingly quite firmly planted in her cheek. “I told myself I wanted to write a cheesy country song about not wanting to be in like the most country city in the United States,” says Bug. She then goes on to prove that it is possible to change Nashville if you’ve got enough talent to do it.

Formerly a lot of things, including a journalist and a translator, currently a freelance writer living in The Netherlands.
RELATED ARTICLES
album reviewalbum reviewsegghunt records
8.0