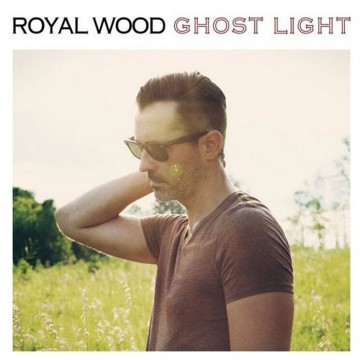 Full of beautiful melodies, heartfelt emotions and solid vocal tracks, Toronto based Royal Wood’s latest album Ghost Light will leave listeners mesmerized and eager to press the repeat button.  Whether it is through the heartfelt emotions, the harmonies or the variety of instrumentation, it becomes clear that this is not a basic run of the mill album, it’s much more than that.

While Royal Wood’s last album We Were Born to Glory held a more modern vibe, Ghost Light feels different almost immediately and showcases Royal Wood’s musical ability in new ways. While the songs on this album are more playful, just listen to “Come Back to You” and “Morning Light”, it also feels like Wood has come into his own.  Carrying an old time romantic vibe, songs like “Til the Morning Comes” and “Dear Anna” will literally melt your heart.  And if that doesn’t do it, songs like “To Forgive”, whose opening is reminiscent of John Hiatt’s “Have a Little Faith in Me”, will.

An album that holds a nostalgic feel, and whose title track is based off theatre folklore, Ghost Light carries at its heart a whimsical grace that can be heard throughout many of the songs.  The harmonies on these tracks, sung by the Bahamas backing vocalist Felicity Williams, with an appearance by Canadian musician Hannah Georgas, creates an ethereal like quality throughout that haunts and lures listeners in.  This compelling musicality can also be seen in the final and title track, which gives the impression that Royal Wood is actually performing in an amphitheater, which showcases the hidden gems that listeners will discover throughout this album as well as the amazing musicianship.

From instrument solos, to perfect harmonies, to Royal Woods soulful voice, this album lifts the veil on musicianship and shows the heart of a true musician.

The Spill Magazine is a Toronto-based online publication dedicated to covering the independent music scene with a strong focus on our thriving hometown talent. Our writers bring you up-to-date news, in-depth features on musicians and reviews for the latest CD releases. We also travel to the front lines for all local festivals including Canadian Music Week and North by Northeast. Don’t forget to check out our Facebook and Twitter pages for all daily Spill updates.
RELATED ARTICLES
album reviewsfontana northmaplemusic recordings
9.0