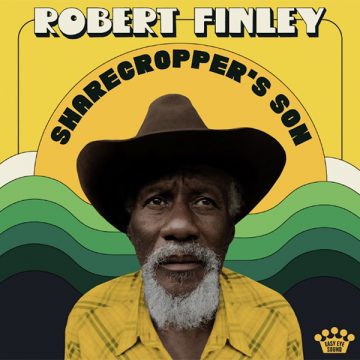 There’s something about what some call ‘old-fashioned’ soul/blues/roots combo that just hits you right away and doesn’t let you go as long as the sounds come out. Just take a listen to Robert Finley’s Souled On You, or practically any other track on his incredible album Sharecropper’s Dream and you’ll get a very clear idea.

Actually, there’s nothing old-fashioned about the music Robert Finley is making, even though it is not new, nor is Finley exactly a spring chicken. It is simply that the music he is creating is simply timeless. It worked then, it works now, it will work decades from now. If you try to put a time on when this album was recorded, you won’t be able to do so. It could have been last month,  or 10 or 50 years ago. Or, it would sound like this if they left it alone and recorded it 20 years from now.

The proof is not only with Finley who some call ‘the greatest living soul singer’ (quite close, actually), but in the fact that he is helped throughout here by Dan Auerbach who produced and co-wrote some of the tracks here. And there’s certainly an age difference between Finley and Auerbach, but they obviously seem to be on the same wavelength, the one that really works.

Still, it is primarily Finley’s show, exceptional songwriting and vocals that cover the ground from Al Green to James Brown and Ray Charles, and you can add quite a few soul/blues/rock notables in between. Finley was obviously an inspiration to impeccable playing of the musicians involved, including Auerbach, Bobby Wood and others.

In other words, simply brilliant.

Formerly a lot of things, including a journalist and a translator, currently a freelance writer living in The Netherlands.
RELATED ARTICLES
album reviewalbum reviewseasy eye sound
8.0