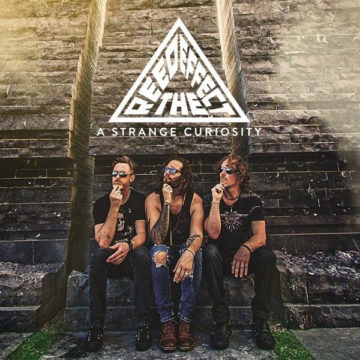 The Toronto psychedelic metal-rock trio The Reed Effect, featuring brothers Kirk Reed and Chris Reed, along with Bryan Fontez, bring their stink-face inducing rock to us with their new six-song EP A Strange Curiosity. Taking notes from classic rock and present-day hard-edge music the band burrows their way into your head with a genuine sound that can honestly be defined as pure and unadulterated rock.

The Reed Effect has opened for the likes of Jeff Martin of the Tea Party and Die Mannequin, and A Strange Curiosity features ear-melting tracks like “Leave It All Behind,” “Red Rover” and “Still Want You”. Raunchy and raw guitar licks plus keynotes of well-placed psychedelia absolutely riddle this release. If you’re looking for a head banging good time this weekend, this might be just up your alley.

Gerry Young is President of Current Records and Management, and author of the 2011 biography Pop Goes The Weasel: Rock And Roll Off The Record, available at Indigo/Chapters, Barnes & Noble, and Amazon.com. He has recorded and managed Juno Award winning bands Martha And The Muffins and The Parachute Club among others.
RELATED ARTICLES
album reviewsthe reed effect
8.0