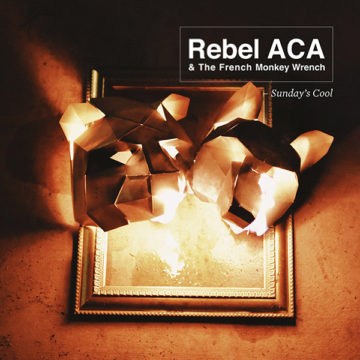 Damon Albarn and Jamie Hewitt take note, this is a duo that you need to work with in your search for a return to relevance; so Gorillaz-friendly is this album that it’s almost possible to close your eyes and hear the Albarn-Hewitt sonic footprint in its production and the delivery of Rebel ACA.  Familiarity aside, this is an album that is best described as unfulfilled potential. There is a lot to be said and there are particular stylistic choices being made that should work, but there is a dearth of depth on Sunday’s Cool, especially when you consider that three of the album’s tracks are essentially meaningless interludes, as well as a fair amount of repetition.

It is clear that this is a duo that is lyrically unafraid of throwing punches, and doing so with increasing aggression as the song progresses.  “John Wayne” is a perfect example – the song begins questioning, with a heavy dose of cynicism, the choices we make as consumers, the suggestion constant that no matter how much stuff we have, there is no guarantee of happiness.  As it heads towards its conclusion, that cynicism transitions into caustic anger, the delivery spit into the microphone and the lyrics painfully direct. “Jolly Little Tune” follows a similar pattern, the song becoming progressively doubtful and frustrated, a clear juxtaposition against the song’s title. Aside from “African James Bond”, there are few other standout moments on the album unfortunately.  Eventually, the throwback-styled delivery and minimalist DJ accompaniment wears thin, regardless of the content, too lacking in substance to really hold the listener’s attention.

Potential is a significant intangible to a musician, and there is no doubt from this release that Rebel ACA & French Monkey Wrench have accessed it, but with precious little consistency.  They are definitely a duo that I will follow with interest, but on its own Sunday’s Cool only highlights what could have been.

Br. lives in southern Ontario, grew up on The Beatles and The Journeymen, spent his adolescence immersed in grunge, and his adulthood in British alternative. His greatest joy is seeing his son dance and grow into his own appreciation of the indescribable joy of music...
RELATED ARTICLES
album reviews
8.0