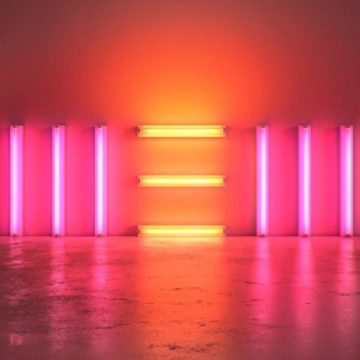 This reissue seems a little odd. Paul McCartney is in the process of reissuing his older albums, many in expanded, box set formats. New was released a mere five years ago, but McCartney has decided this is one to be included in the May 18, 2018 re-release. True, it is difficult to find on vinyl, but it still seems a little odd when other albums (Back To The Egg, Flaming Pie, Wild Life, Red Rose Speedway) remain unavailable. Nevertheless, New is being re-released on vinyl,  two versions: pink and black, and on CD. Again he has decided to make this a straight reissue, with no bonus tracks. When New was released in 2013, it was available in a  in a variety of formats, all with exclusive tracks. It would have been nice to have had them all gathered together in one place.

That being said, this is an excellent album, one of McCartney’s best. As he gets older, he continues to astound by releasing strong albums, such as New. For this one, McCartney worked with a variety of producers — Ethan Johns, Giles Martin, Mark Ronson, and Paul Epworth. And yet, though there are a number of producers, McCartney still produced a cohesive and consistent album.

New still sounds contemporary, five years on, and is still a fantastic listening experience. Songs such as “On My Way To Work” and “Everybody Out There” show McCartney, once again, using stories and characters to express his inner feelings, and once again, it works. Lyrically, those songs, along with the rest of the album are strong and have the quality of poetry more than song lyrics.

Again McCartney plays the majority of the instruments, but does have help from his current backing band (with whom he has worked longer than with any other group). Brian Ray, Rusty Anderson, Paul ‘Wix’ Wickens, Abe Laboriel Jr. play a variety of instruments as well as sing backup. His producers also assist throughout the album.

McCartney also looks back on The Beatles with the moving “Early Days”. McCartney sings:

“Hair slicked back with Vaseline,
Like the pictures on the wall,
Of the local record shop,
Hearing noises we were destined to remember,
We willed the thrill to never stop.”

Although not an essential reissue, it is nice to revisit an album, such as New, which is so good. It was a worldwide top three album, and did receive a great deal of airplay in Norway and Japan. New is an album that in the future will be regarded as the classic it is.

Born and raised in Whitby, Aaron discovered music through his love of The Beatles. This led to a career in radio, writing for various publications, and ultimately a radio show about The Beatles (Beatles Universe), which ran for over four years. When not immersed in music, Aaron enjoys spending time with the loves of his life -- his wife Andrea, and daughters Emily and Linda (all of whom have an intense love of music too).
RELATED ARTICLES
album reviewsmplpaul mccartney
8.0