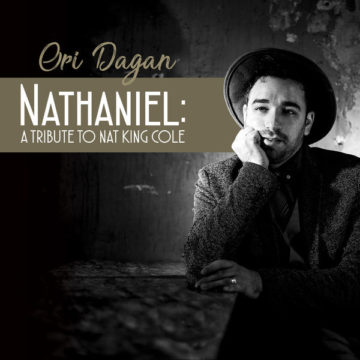 Toronto jazz singer songwriter Ori Dagan, a staple in the local jazz scene, recently won the Global Music Awards silver medal  for “Outstanding Achievement” in the Best Album category. This latest accolade comes with due praise for “Canada’s Next Top Crooner,” whose award-winning visual and musical project, Nathaniel: A Tribute to Nat King Cole (co-produced by Douglas Romanow and Nathan Hiltz), was released to a live audience on Sunday, October 22, 2017 at Toronto’s Lula Lounge.

Nathaniel: A Tribute to Nat King Cole includes 12 vibrant music videos for each track. “I wanted to visually and musically honour Cole,” says Dagan, who has celebrated many musical greats throughout his career. “I think a lot of listeners take for granted just how much of a genius he was. Maybe because he made everything sound so easy.”

The same can be said for Dagan’s signature scatting. His extraordinary rendition of “Unforgettable” features seamless scatting that cannot be touched. “Sting of the Cactus,” one of the originals penned by Dagan and Hiltz, also features Dagan’s smooth baritone scatting against Mark Kieswetter’s fluid piano. “Complexion,” another original, was inspired by Cole’s on-stage attack by four white supremacists in Birmingham, Alabama.

The timing of Nathaniel: A Tribute to Nat King Cole’s release, like Ori’s musical sensibility, is impeccable as the late Nat King Cole earns centennial status next year.

Talia Wooldridge is an avid music lover, composer and ethnomusicologist who contributes artist interviews, live concerts, festivals and album reviews for Spill Magazine. She has written extensively on the intersection of music, personal identity and cultural symbolism with an early focus on Latin American Hip Hop and female Cuban rappers. In her spare time, Talia writes, composes music and manages Music Can Heal, a non-profit that brings live, award-winning musicians to inspire healing in hospitals, hospices and communities in need. Her next project is an interactive music-travelogue exploring music cultures and music travel around the globe. Follow her here: www.taliawooldridge.com + www.movetoyourownbeat.com.
RELATED ARTICLES
album reviewsnature boyori dagan
8.0