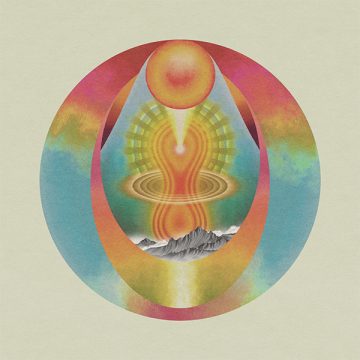 Led by songwriter and vocalist Jim James, My Morning Jacket has released its ninth studio album, self-titled My Morning Jacket. Described as indie-rock and alternative country, the band emerged from the late 1990s, and has an impressive discography, pumping out new material every couple of years, taking a nearly five-year break in 2015. After a two-night run at Colorado’s Red Rocks in 2019, the Kentucky-based band came back to life.

The album is riddled with lyrics that speak to current happenings in the world. Opener and first single “Regularly Scheduled Programming” addresses our very technical world, “screen time addiction/replacin’ real life and love” and is short and makes the point that technology has taken over. James sings for nearly 10 minutes seemingly poking fun at shopping malls in “The Devil’s in the Details”. “So take me to the mall/and wash me in the stream” and then the mention of sending our children off to war while the senator’s son sleeps safely in his bed, but oh wait, let’s forget that and go to the mall. “Lucky To Be Alive” brings mention of technology again and how buying physical copies of music, which used to bring musicians more money, is a thing of the past. “I Never Could Get Enough” is the perfect ending with the soft love song touch that has a couple of beautifully long instrumental pieces that almost makes the whole song feel like classic country music. Overall this was an ear pleasing experience.

Melinda is a music enthusiast from the US who grew up on vinyl in the 70s and 80s. She's a lover of all genres, but rock/metal runs through her veins. Music is always in the background and in her head. Unfortunately, she has to have a "regular 8-5" job since "Professional Concert Go-er" doesn't pay the bills. Her bliss would be to follow more musicians and bands than "People she may know" on social media. Her ultimate long term goal is to be the old lady just enjoying the show down in front at the barricades at live shows. Her favorite quote is "Where words fail, music speaks".
RELATED ARTICLES
album reviewalbum reviewsato records
9.0