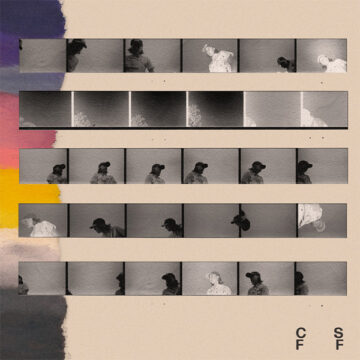 If you think the title Continuous Short Feature Film by Los Angeles musician/visual artist Mal (they) has a deeper meaning, it certainly does. Yet, it also actually refers to a continuous short, 20-min feature film that accompanies this 8-track/mini album EP.

Whether you check out that film or not, it is those eight songs that definitely deserve attention on their own. Just checking the list of collaborators that includes Henry Solomon (HAIM, Thumpasaurus) on saxophone, Zach Hanson (Bon Iver, Hand Habits, Sylvan Esso) and Huntley Miller (S. Carey, Sylvan Esso, Bon Iver), you can get a (slight) indication where Mal are going here with their music.

As Mal explains: “Looking back on ‘Continuous Short Feature Film,’ I hear and see a blend of beauty and darkness, of surrealism and abstraction, of escapism and withdrawal – points of juxtaposed intersections. Visually I wanted to expand on these intersections through creating a continuous stream of images on Super 8mm that can exist both in context of the whole visual EP as well as individually, outside of where they live in the film.”