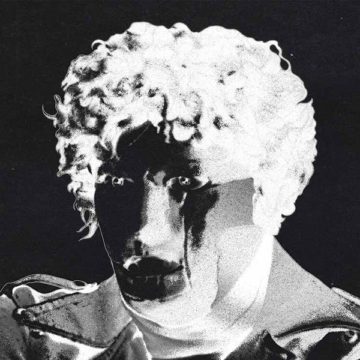 Knife + Heart is the first M83 release since 2016, their third feature film soundtrack, and the first album to feature both Anthony Gonzalez and Nicolas Fromageau since 2003.

However, as a standalone album, Knife + Heart unfortunately falls short. With 27 tracks, it would have been stronger as a condensed, more cohesive package, as short melodies like “Vision 1” and “Filature” bog down the album and take away from the overall listening experience.

There are redeeming qualities, as M83 captures a uniquely grimy, retro aesthetic that showcases their musical creativity. The dark techno vibe of “Karl” suits the nature of the film, while groovy “Detective Rachid” sounds like the theme for a Japanese anime from the 1980s. Finally, the dynamics of “Un couteau dans le coeur” are reminiscent of Ennio Morricone’s famous music for Sergio Leone’s films. Other tracks have potential, but don’t make an impact (“Lettre Lois” could be an interesting ambient piece if given time to develop).

All in all, M83 deserves respect for making a unique soundtrack; however, as an album, it is does not provide enough to warrant repeated listens.

Kieran Davey is a freelance writer and music enthusiast from Vancouver, Canada. He particularly enjoys alternative rock, groovy hip-hop, and basically any music from the 60's. Aside from reviewing music, he also loves playing guitar and spending time in nature.
RELATED ARTICLES
album reviewalbum reviewsm83
8.0