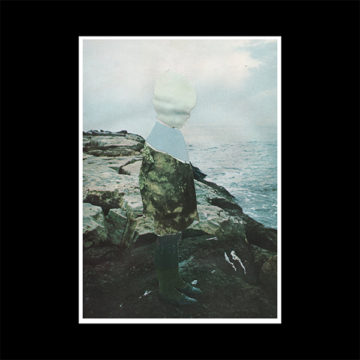 Justin Wright is a cellist and composer who bridges experimental and classical music. Although Music For Staying Warm is the followup to his solo EP in 2017 (Pattern Seeker). He also founded Montreal’s Sweet Mother Logic in 2007, who released two albums and one EP. Here, he branches out on his own and this is a very good thing, as he has released one of the most unique and distinct albums of the year.

Wright has always worked with instrumental music and he has always produced quality music. His cello work  is superb. But this would not mean a great deal without well-written and well-constructed music to play. When it comes to writing,  he shines. The music he writes is beyond words. Beautiful, heartfelt and very original.

This is experimental music, and all too often experimental music is interesting but not focused on melody and structure. Again, Wright excels. The music is often based on loops and layering but he never allows this to neglect the melody of the song. These songs may have been improvised in some capacity, but through production, mixing, and careful editing, he creates emotional, moving, stirring music. By the time the last track ends, the listener has been on an emotional ride.

Here loops, cellos, synthesizers, all come together like a wizard mixing ingredients into a magic potion, and the end result is a new genre of music created by this remarkably talented artist. At no point does the music become tedious or repetitive, each song is distinct and yet they all come together to form a cohesive album. I also like the titling of the tracks, with the “Drone” series not appearing in numerical order. It sends a message. This is music but Wright’s own world.

Music For Staying Warm is a very impressive album. Each time one listens to the album one discovers new pieces to each song. It has one of the best album sleeves of the year.

Born and raised in Whitby, Aaron discovered music through his love of The Beatles. This led to a career in radio, writing for various publications, and ultimately a radio show about The Beatles (Beatles Universe), which ran for over four years. When not immersed in music, Aaron enjoys spending time with the loves of his life -- his wife Andrea, and daughters Emily and Linda (all of whom have an intense love of music too).
RELATED ARTICLES
album reviewalbum reviewsdrone i: meditation
8.0