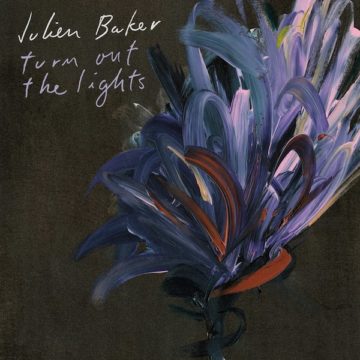 Julien Baker’s new album Turn Out the Lights is emotionally disarming, as her  talent as a songwriter/lyricist/singer makes itself known. While her debut Sprained Ankle was an all acoustic guitar/voice affair, Turn Out the Lights is, as far as instrumentation is concerned, a slightly embellished affair, like the strings of the opening song sequence “Over/Appointments” or the organ and background voices on “Televangelist”. Baker’s intensity is accentuated through the predominance of piano over guitar on this album.

The album plays out as a song cycle of emotional states and introspection on personal doubts, relationships and almost anything that troubles her. But even with the somber tones, there is still a thin, but predominant line of hope and positivity that reverberates throughout the album, suggesting that everything will turn out for the best.

The overall sound is expansive, as Baker has a sophisticated production team behind her, led by Craig Silvey who mixed the album and has done so for Arcade Fire, The National and Florence & The Machine. This album in comparison with her debut, makes it quite obvious that Baker is acquiring confidence in her musical and lyrical qualities, which show promise that she will continue to create more emotionally astounding music. Turn Out the Lights is a must listen!

Formerly a lot of things, including a journalist and a translator, currently a freelance writer living in The Netherlands.
RELATED ARTICLES
album reviewsjulien bakermatador records
8.0