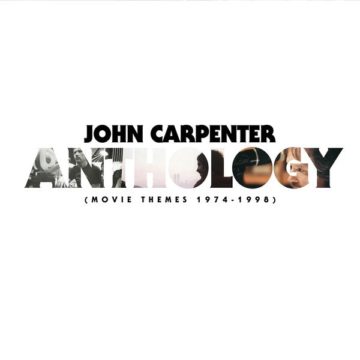 Starting his filmmaking career in the late 60s, John Carpenter has become one of the most influential and important directors in the horror genre. Since his retirement from directing he has focused on his music career, releasing two albums dedicated to unused themes from his films, both of which generally received favourable reviews.

This album is the first of his to contain existing themes, albeit re recorded, and features some of his most well known pieces. The inclusion of Halloween and The Thing would surprise no one given that they are arguably the most memorable aspects of the films they come from but the inclusion of deep cuts from Dark Star, Prince of Darkness and Vampires is very welcome and with any luck will give these forgotten gems some newfound popularity.

The most interesting thing about this album is that from a first listen to most of the tracks, you instantly understand the tone of the film, which is the intention of a soundtrack but once it is removed from the film itself the soundtrack has to have an arc, it exists to explain the plot in a more abstract manner and John Carpenter has always been fantastic at doing this, even with some of his lesser films likes Vampires or In the Mouth of Madness. His scores are the strongest aspect, most of his films deal with the concept of isolation and being overwhelmed by some sort of overwhelming force and each song on this album conveys that extremely well in different ways, They Live utilises dark bluesy instrumentation matching the almost action movie aesthetic the film sets up whereas songs like “Assault on Precinct 13” and “The Thing” rely on minimalist synth riffs to create a bleak atmosphere

As both a director and musician, Carpenter has an eclecticism that few can boast while still maintaining a distinctive style, so much so that legendary composer Ennio Morricone opted to write the score for The Thing in Carpenter’s minimalist style, these new re recordings are obviously more clean and crisp than the original versions but they still retain that dark, grimy edge that they had in the original films and while some may have been written decades ago they still feel fresh.

The Spill Magazine is a Toronto-based online publication dedicated to covering the independent music scene with a strong focus on our thriving hometown talent. Our writers bring you up-to-date news, in-depth features on musicians and reviews for the latest CD releases. We also travel to the front lines for all local festivals including Canadian Music Week and North by Northeast. Don’t forget to check out our Facebook and Twitter pages for all daily Spill updates.
RELATED ARTICLES
album reviewsatticus rosshalloween