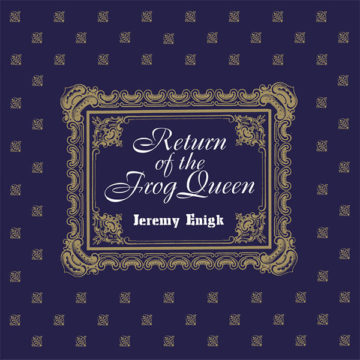 It’s officially been 22 years since the initial release of Jeremy Enigk’s debut solo album Return of the Frog Queen. Now is about time for a reissue of the album. Sub Pop is the label that is going to be releasing it, and with very good reason.

Return of the Frog Queen is a very different sound that has become so normal that we don’t even notice how influential it has been. The sound is like a very good mix of folky guitar work mixed with the vocal stylings of a grungy rock group. Seeing that the album originally came out in 1996, the influences are pretty obvious. The album is just as good today as it was when it was released. It’s easy to hear the influence it has had on other artists such as Fleet Foxes, Sufjan Stevens, and even Bon Iver. Enigk did something different, but powerful. The original release of this album was monumental but has since flown under the radar. That’s not to say that it isn’t as good as other albums released during the era, it’s just that it didn’t get the mainstream play that others did.

Return of the Frog Queen is a very good album that deserves to be rediscovered by the masses. Though it may not be the greatest album of all time, the musical stylings and vocals are powerful enough to get some regular play on anyone’s indie music playlist.

The Spill Magazine is a Toronto-based online publication dedicated to covering the independent music scene with a strong focus on our thriving hometown talent. Our writers bring you up-to-date news, in-depth features on musicians and reviews for the latest CD releases. We also travel to the front lines for all local festivals including Canadian Music Week and North by Northeast. Don’t forget to check out our Facebook and Twitter pages for all daily Spill updates.
RELATED ARTICLES
album reviewssub pop