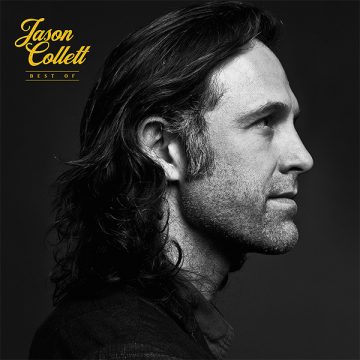 When Broken Social Scene burst on the scene at the turn of the millennium, the band made a huge splash due to the fact that the collective itself had contributions from such a diverse, talented and inventive group of personalities.

Jason Collett was certainly one of the leading voices within that collective, as were all the other members. He also, within the same timeline, kept coming up with a series of solo albums, up until 2016, when he, like the collective itself suddenly grew quiet.

Like the music of Broken Social Scene, that of Collett is really hard to pin down. You can say that it maybe has some mellower overtones, but that is about it. On the other hand, and as can be heard on this choice selection from his eight solo releases, as with the collective, there was never a lack of quality and imagination present. It was probably quite a serious effort to make the choices.

Fans probably have most of this stuff, but those who came across Collett’s solo work by chance, will probably look for more after the album. Still, Collett made sure that the fans have something to look out for too, as this Best Of includes “Crab Walking Home In The Rain”, his first recorded song since 2016.

Formerly a lot of things, including a journalist and a translator, currently a freelance writer living in The Netherlands.
RELATED ARTICLES
album reviewalbum reviewsarts & crafts
7.0