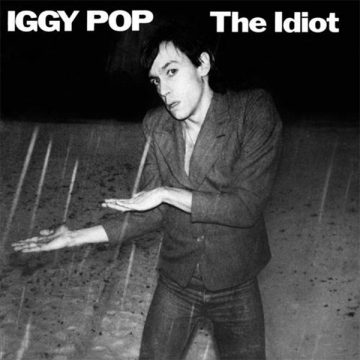 Hot on the heels of the Lust For Life re-release two weeks ago, Iggy Pop has gone back to his roots to produce a deluxe edition reissue of his debut solo record, The Idiot. After the breakup of The Stooges and a self-imposed stint at a mental health facility to address his drug addiction, Pop absconded to west Berlin with David Bowie. There, in dreary Cold War era surroundings, the two musical legends collaborated on their first album together. The Idiot, originally released in 1977, would go on to become a smashing commercial success and an absolute classic.

Shedding the heavy proto-punk sounds of The Stooges, The Idiot saw Pop delve into a realm of electronic instrumentation and brooding atmosphere that Bowie was more associated with at the time. The scuzzy synth and piano arrangements of “Nightclubbing,” a song about Pop and Bowie’s wild nightlifes, the tale of unrequited love that is “China Girl,” and the industrial/mechanical textures of “Mass Production,” which sounds like an abandoned carnival ride slowly breaking down over the course of eight minutes, all come through crisp and rich in sound without losing their characteristic underproduced qualities.

Also included in this deluxe edition are 15 live recordings from a 1977 performance at the Rainbow Theatre in Finsbury Park, London. It’s all previously unreleased stuff, featuring some extended live versions of tracks, including a seven-minute-long cut of “China Girl.” However, the tracklist contains only a few titles from Lust For Life and The Idiot, and is mostly made up of Stooges songs, including “Gimme Danger,” “Search And Destroy” and “I Wanna Be Your Dog,” which might be a letdown for some.

Krautrock-inspired, it’s a fever dream in a derelict factory, and it crawls under your skin. The Idiot has always sounded more like the nocturnal soundtrack a gothic vampire would listen to while stalking through foggy European streets than it ever did an Iggy Pop album, but that’s what made it a unique entry in Pop’s discography, and a must-have reissue for diehard fans.