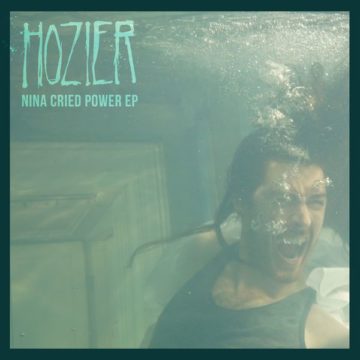 It’s been four years since the release of Hozier’s debut self-titled album, save for a single cinematic track, “Better Love,” penned for the 2016’s “The Legend of Tarzan”.

Now, Hozier has finally and mercifully obliged to fans’ pleas for new music, gracing us with his latest four-track EP, Nina Cried Power.

The first and title track prematurely confirmed my fears that Hozier’s music would shift away from the lo-fi attic production of his first album into a higher-produced “Better Love” era. However, “Nina Cried Power”, a power ballad complete with swelling choir vocals, presents a message and emotive effect far stronger than any made-for-soundtrack love song could.

Soul legend Mavis Staples’ vocal addition adds a strength, desperation, and urgency never before heard in Hozier’s work. Hozier’s own vocals are also at their strongest, as the singer falls effortlessly back on his choral roots. The song is an anthem for activism and uprising: according to Hozier’s email newsletter, his goal was “to credit the actuality of hope, solidarity and love found in the human spirit at a time when their opposites were being given a mainstream platform 24/7.” Name-dropping Nina Simone, B.B King, James Brown, and John Lennon, “Nina Cried Power” fulfills this goal in a new era that needs hope now as ever.

The second track, “NFWMB”, is decidedly softer, relieving any fears that Hozier’s new direction would mean an album made solely of anthemia ballads. The start of “NFWMB” begins with a familiar sound, reminiscent of the guitar riff previously found on “It Will Come Back”, though the track overall has a softer, more Icelandic feel. Lyrically, stating that, “Nothing fucks with baby”, Hozier returns to arguably his greatest strength: romanticizing darkness, death, and turmoil to create a contrastingly gentle ode to a lover.

The next track, “Moment’s Silence (Common Tongue)” is the most upbeat of the album; if you were ever going to dance to a Hozier song (but you probably weren’t) this would be the one, and, in case you couldn’t tell by the bluesy riffs, swinging rhythm, subtle yet sordid lyrics, and its impeccably satisfying climax, the song is about sex. Considering this and its religious allusions, it’s undeniably the “Take Me to Church” of the EP, and a standout track amongst the four.

The final track, “Shrike” closes the EP with further folky romanticism, and, unlike much of Hozier’s work, brings apparent his native Irish accent. For the award-winning artist, “Shrike” is nothing groundbreaking, but its melancholic melody and regretful musing serves as the perfect balance to the opening track and a thoughtful close to the EP.

If Nina Cried Power, particularly considering the momentum of the monstrous opening track, is indicative of what we can expect of Hozier’s incoming second LP, then we’re potentially anticipating what could be his greatest upcoming musical release to date.

Alex was born in Hamilton, Ontario, but has until now spent most of her adult life moonlighting as a music journalist in Sydney, Australia. If her Led Zeppelin, Bon Jovi, and Rolling Stones tattoos aren't a tip-off, she's a lover of all things rock and roll, and, should writing/journalism not pan out, intends to fall back on her laurels and marry Robert Plant.
RELATED ARTICLES
album reviewalbum reviewshozier
9.0