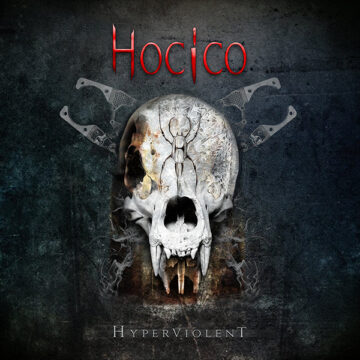 Conversations of the darker things in life are often avoided out of fear. Listening to HyperViolent is like being immersed into the innermost primal parts of a mind ravaged by a volatile world.

The opening track feels almost cinematic in the grandiosity of its production. Backed by grim, whispered spoken word, it sets the stage to pull listeners into this dark world. The setting feels much like that of a dark urban tale, in a nightclub where bodies pulse and sweat and jive, begging to feed their most carnal desires.

The misstep is in “El Jardin de las Locuras” where a sound bite is used from the 2007 film There Will be Blood. This particular sound bite doesn’t add to the tone of the album, and it’s a bit jarring and out of context to the point of being distracting.

Standout tracks like “Broken Empires” and “What Are Nightmares Made Of?” very much help HyperViolent capture its namesake title like a dream dipped in blood. Between tracks filled with raspy vocals and instrumentals similar to that of those found in musical scores from blockbuster films, the album very much feels like a soundtrack to a gory action/thriller movie.

D.L. Smith-Lee is a writer and music lover based in Chicago. He has fiction published in multiple venues and is a graduate of DePaul University. He is currently an MFA candidate at Chicago State University.
RELATED ARTICLES
album reviewalbum reviewshocico
8.0