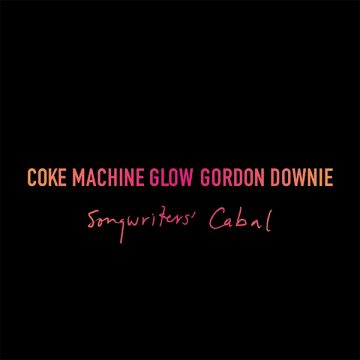 It is not an easy task to spin words about an album that was released 20 years ago, penned by one of this country’s most beloved characters, musicians, ambassadors for a better and more accountable country, and all-around beautiful man. What can be said that hasn’t already been said before?

In 2001 Gord Downie, singer, poet, and wildly emotive frontman for The Tragically Hip, released his first solo album. Coke Machine Glow was a 180-degree departure from the structures that made The Tragically Hip what it was. This was a dive into Downie’s head, a quirky and magical place with vivid imagery and words that were given deeper meaning, simply because of how he strung them together.

This reissue comes with several bonus tracks in the form of demos, alternate takes, and outtakes. As if Coke Machine Glow isn’t an intimate enough glimpse into Gord Downie’s soul, these unearthed bits are a further glimpse. If this was an album that meant a shred for you back then, this will heap so much upon that.

Hearing Downie speak and laugh, and the cracks and warbles in his voice on these unpolished intimate tracks are a gift unto themselves. The alternate take of “Vancouver Divorce” is stripped down yet may trump the divinity of the album version. Hearing it on headphones feels like home. “Putting Down” and “Down Down Down” are pretty obvious early birthings of “Boy Bruised By Butterfly Chase”. And yes, there are a couple of unheard raw gems here, but that is for the listener to discover.

There really is no mistaking his voice. He was a complicated, gentle heart of a man who could take easy words and piece them together into poetry that dug into hearts of many.

Coke Machine Glow was an island. It was indeed a lonely buzzing Coke machine at some truck stop that had way more than just carbonated pop in it. The insides were a menagerie of splashy bright-coloured paint with strange phrases etched into it with rusty nails. I insert my dollar-twenty-five…..instead of a Coke I receive a note from the man who walks amongst Stars, and he told me that I paraphrase too much.

Indeed, I miss my lung, Bob.

It took the recommendation of a best friend to get me into the pages of music magazine writing. Armed with the deepest appreciation for all the music, a ridiculous sense of humour, and the apparent ability to string a few words together, these fingers started giving. Who knew it would become one of my favourite things many years later and that I'd enjoy seeing my works published the world over?!
RELATED ARTICLES
album reviewalbum reviewsgord downie
8.0