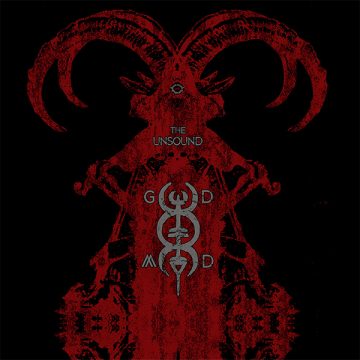 If you like dark, gothic, techno music then you’ll enjoy Seattle, Washington’s God Module’s eighth studio album Unsound. The band’s mastermind, Jasyn Bangert is said to have pulled the band’s known sounds from his nightmares as a child and turned them into the freaky sounds that should accompany flashes of lights, weird makeup and dancing in an underground club scene somewhere in downtown New York City, and this album is no exception.

The band released a trilogy of songs from the album, “Cross My Heart”, “Unconscious” and the title track “Unsound”. Each are accompanied by equally freaky black and white lyric videos with some disturbing lyrics and just as weird a collection of images, cool animation and dancing characters.

Listening will only pull you into the mind of Bangert. At the same time you feel like you’re wandering around aimlessly in one of your wacked dreams where nothing makes sense and you can only recall bits and pieces after you wake.  If you love the intriguing, haunting state of unconsciousness that is your dreams or nightmares, then if you open your mind up, this album will definitely deliver “the most fucked up horror film of all—your dreams!”, as promised.

Melinda is a music enthusiast from the US who grew up on vinyl in the 70s and 80s. She's a lover of all genres, but rock/metal runs through her veins. Music is always in the background and in her head. Unfortunately, she has to have a "regular 8-5" job since "Professional Concert Go-er" doesn't pay the bills. Her bliss would be to follow more musicians and bands than "People she may know" on social media. Her ultimate long term goal is to be the old lady just enjoying the show down in front at the barricades at live shows. Her favorite quote is "Where words fail, music speaks".
RELATED ARTICLES
album reviewalbum reviewsmetropolis records
9.0