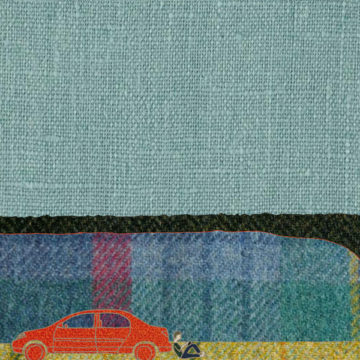 Musician Gareth Inkster has released his coproduced debut EP titled Last Year.  Although this is the twenty-six-year-old folk-rock musician from Hamilton’s first album, he has proven musical maturity. Inkster gave a taste of his abilities months prior with his single “Last Year” which does not appear on the album that bears its name. However, its lack is not the album’s demise. The album pulls the listener in with musical vibes which echo the great Paul McCartney and other famous folk and rock musicians.

Last Year tells a story through a chronological order of songs based on a series of years and months in Inkster’s life, thus, proving he is an artist in more ways than one. The song “Then There Was You” sets a real sense of vulnerability throughout the album with soft and sweet melodies and phrases such as “I always believed I had something that was uniquely wrong with me” and “I get locked inside all the ugly empty places of my mind.”  Although the song begins with depressing lyrics, it quickly follows up with “then there was you”. Countering the soft feeling, the song “Hydro Poles” showcases an epic trumpet chorus paired with light electric guitar riffs. The song also displays Inkster’s vocal abilities well and listeners are not to be disappointed. Another notable song from the album is “Misfire” which he released as a single earlier in the year.

Overall, Inkster has created an album that will entice both mature and new folk-rock listeners. Last Year was a great introduction to who he is as a musician and proves he is willing to be vulnerable with his audience. The melancholy theme is perfect for those cozy days in with a cup of tea or coffee.

SPILL WRITERS strive to keep our readers up to date with news and events in the music industry. We keep you informed of the most recent information regarding new releases, tour dates, and information items about your favourite artists.
RELATED ARTICLES
album reviewalbum reviewsgareth inkster
8.0