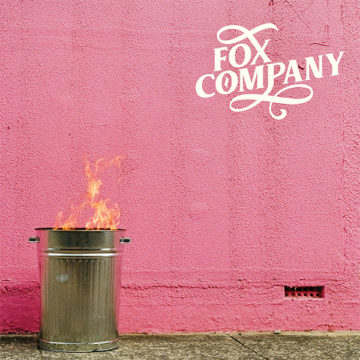 The six-track release features an amalgam of perfect-for-radio rock songs, opening with the angst-ridden, cocaine-visioned “Electrifying”. It lets the listener know beyond a doubt what they’re in for: an album of hard-hitting rock songs laden in combustible (seriously impressive) guitar solos and incendiary late-80s vocals.

Next up is Euro Cake, a dis-track penned about a fellow Sydney band (let the speculation run wild). It hosts a melodic guitar hook reminiscent of Alice Cooper, and a repetitive, corrosive chorus that practically challenges you not to sing along.

The band’s second single, “Every Little Thing” shows a bit more humility, but is no less contagious in chorus. In this track, the band’s influences are made clear, with a distinctly Bon Jovi feel. (There’s even a lyrical reference to ‘80s rock band, Warrant, if you’re paying enough attention.) Still, despite wearing their classic influences vividly, Fox Company manages to maintain a transcendentally modern sound.

The stand-out track of Hot Trash is easily “Higher”. Moving on from the lyrical topics of ex-girlfriends and music scene rivals, “Higher” discards the drama, leaving behind pure sex, drugs, and rock and roll. If any, this is the track that’s going to help this Sydney band make it world-wide.

The world may be currently looking to Greta Van Fleet in hopes of a savior for rock ‘n’ roll, but Fox Company manages to bring beer-soaked hope for the genre without dragging the tiresome, “sounds exactly like” debate in tow. If you’re looking for an alternative pew in which to rest your faith, Hot Trash is likely to make you a convert.

Alex was born in Hamilton, Ontario, but has until now spent most of her adult life moonlighting as a music journalist in Sydney, Australia. If her Led Zeppelin, Bon Jovi, and Rolling Stones tattoos aren't a tip-off, she's a lover of all things rock and roll, and, should writing/journalism not pan out, intends to fall back on her laurels and marry Robert Plant.
RELATED ARTICLES
album reviewalbum reviews
9.0