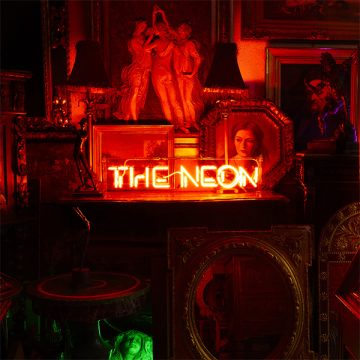 Erasure is the innovator of feel-good dance songs. Vince Clarke, one of the founders of Depeche Mode, Yazoo (known as Yaz in North America), and The Assembly, went on to create Erasure along with Andy Bell. Now on their 18th album, The Neon, they have perfected their formula. The Neon is drawn from the ‘80s.

On “Nerves of Steel”, Bell is cranking out the hooks while Clarke dishes out the musicianship we have come to expect. This song specifically relies a bit on Dark Celebration Depeche Mode era beats, which is fascinating as rumour has it his first band was too dark for him, as this song is.

Another smash that is all neon and dancefloors is “Fallen Angel”. Here, Bell is “flying like fallen angels and riding on top of roller-coasters”. These are not deep lyrics but very Erasure, as they match the soaring sing-along that will come after multiple listens.

“Careful What I Try To Do” is a midtempo classic. The synth layering and samples are fresh yet familiar. It can hold up to radio-friendly songs instantly. Bell is crushing the vocals as usual, but they have new tricks up their sleeves, with vocal layering and edits that make the song modern and instantly experimental.

The album ends with “Kid You’re Not Alone”, which is sung in a falsetto, so strongly that it’s downright refreshing. This song lyrically is a strong reflection of the future and what it holds, and if this song is any prediction, Erasure’s future is bright.

Ex-pat living in Geneva, Switzerland from the hard streets of Baltimore, Maryland. Ex-radio-monkey and avid listener of all things that are supposed to be cool.
RELATED ARTICLES
album reviewsandy bellerasure
8.0