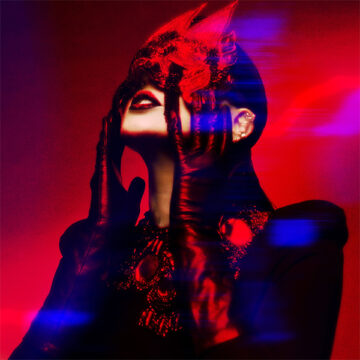 Three years ago, a member of the Los Angeles-based band Dorothy accidentally overdosed on heroin.  As if watching the life leave his body, Dorothy Martin, the band’s vocalist, surrounded him with the other members of the crew forming a prayer circle. Fortunately, he miraculously came back to life. This divine intervention resulted in a radical and spiritual awakening that is the inspiration for this, the band’s third studio album, Gifts From The Holy Ghost.

The album opens with the guitar-heavy, upbeat track “Beautiful Life” that celebrates vocalist Dorothy Martin’s own victory over her struggle with addiction. Martin delivers strong lyrics “Don’t let the demons get you down” and “you are more than enough don’t change” as an inspiration that addiction demons can be overcome.

“Rest in Peace”, the first single released from the album, is an empowering, goodbye song that is loaded with potent lyrics mixed with strong vocals and a stomping beat that keeps the authoritative vibe throughout the song. Whether telling about letting go of someone, or overcoming addiction, it is a powerful message.

The pianos and synths in “Close to Me Always” reminds me of the hair band, power-ballad days, a song about mourning the loss of a lover. All the feelings of love and loss are felt in Dorothy’s passionate vocals.

The ending is the title track, with the lyrics “We are gifts from the Holy Ghost/We’ve been living on borrowed time/we believe in the other side” that just sums up everything this album is about. The sultry sound of Martin’s voice and the comforting sort of country blues mixed with rock ‘n’ roll throughout the album really project a feeling of rejuvenation from start to finish. I hope it gets the attention it so deserves.

Melinda is a music enthusiast from the US who grew up on vinyl in the 70s and 80s. She's a lover of all genres, but rock/metal runs through her veins. Music is always in the background and in her head. Unfortunately, she has to have a "regular 8-5" job since "Professional Concert Go-er" doesn't pay the bills. Her bliss would be to follow more musicians and bands than "People she may know" on social media. Her ultimate long term goal is to be the old lady just enjoying the show down in front at the barricades at live shows. Her favorite quote is "Where words fail, music speaks".
RELATED ARTICLES
album reviewalbum reviewsdorothy
8.0