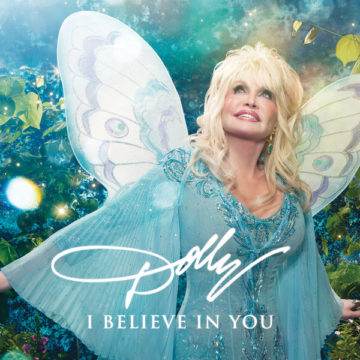 Dolly Parton
I Believe In You
Sony Music

It’s been 50 years since Dolly Parton released her first album. Since then, she has gone through many incarnations. I am not just referring to innumerable changes in wigs and rhinestone-clad dresses, or even her move from a Tennessee-raised country singer to a pop-crossover superstar.

Dolly’s ambitions feel boundless. Her titles include: singer-songwriter, multi-instrumentalist, record producer, actress and astute businesswoman. And yet, Dolly continues to navigate new terrain — this time, with the release of her first children’s album, I Believe In You, proceeds of which are going towards the Imagination Library, a program Dolly launched in 1995 that sends free books to children under five-years old. The program began in her native East Tennessee, and has spread to Canada, the UK, and Australia, with over 100 million books sent.  Dolly’s vision for the Imagination Library is one close to her heart, born from her father’s struggles with illiteracy. She has said before that her being dubbed “The Book Lady” gave her father more pride than the success afforded to her as a country music star.

I Believe In You features fourteen tracks, along with a bonus reading of ‘Coat of Many Colours” by Dolly. The entire album echoes the sentiment of this beloved song, that “one is only poor, only if they choose to be” and that internal strength and fortitude can obliterate loneliness and help during trials of circumstance. These circumstances include bullying in “Makin’ Fun Ain’t Funny” and illness in “Chemo Hero”. These songs remain upbeat in spite of the content, all while driving empathy and understanding in her young listeners.

Other songs, like “Brave Little Soldier”, “Responsibility”, and “Imagination”, encourage children to look within themselves to find self worth, and to help them become a better citizen of the world. Obviously not limited to children, Dolly preaches lessons all of us can benefit from.

I Believe In You is a gift to share with parents, kids, the young at heart among us, and anyone needing a bit of a pick-me-up. The country star’s levity, signature sound and ability to inspire kids of all situations makes her first foray into the world of children’s album a successful one.

Elizabeth is a Toronto via Caledon writer whose rural upbringing left a lasting love of anything with a banjo and an upright bass. She scours Toronto venues for both the musical talent and the beers on tap.
RELATED ARTICLES
album reviewsdolly partoni believe in you
10