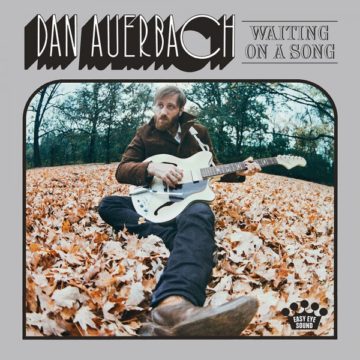 Waiting on a Song is Dan Auerbach’s soon to be gem. I hate to say it, but It’s better than most of the Black Keys’ recent albums. ‘Mellow’ is the best word to describe this album as the tracks are both warm and relaxing and a great introduction to summer.

Above all, “Shine on Me” is the catchiest song on the album and destined to become a hit. The variety in guitar chords, and the rhythmic, upbeat strumming just makes you feel good. The best part of the song is that it’s not repetitive, unlike most catchy songs. The melody and lyrics are complex and original. You won’t hear the same lines repeatedly and will have a tough time memorizing them. The song sounds like it’s from a 1960s movie with a happy, feel good ending.

All things considered, a few songs on the album are very strange and take a while to get used to. “Cherrybomb” is incredibly retro sounding, and puts you into a daze. It is unlike anything you’ve ever heard before and doesn’t really fit any genre. A mix of disco and blues is the best way to describe it. The guitar solo is both soothing and electrifying. It’s also in harmony with all the other instruments, regardless of how strange some of them sound. The song is both all over the place, and together at the same time. For instance, there are odd whistling noises throughout the chorus that feel a bit misplaced, but still work well together as a whole. Although the song sounds a bit bizarre, Auerbach’s desire to stand out and be innovative is admirable.

On the other hand, “Malibu Man” sounds like most of the tracks on the Black Keys’ album, Turn Blue, however, it still manages to surprise. It has an eerie opening that builds up to an unexpected disco beat. The lyrics rhyme well with each other, and give off a ’60s hipster-like vibe. For instance, the track opens with Auerbach singing, “I moved from New York, with my boogie board and bought a big house on the ocean.” Overall, the track is soothing and makes you forget about your worries.

“Never in My Wildest Dreams” also sounds similar to Auerbach’s previous releases with the Black Keys. It’s the slowest track on Waiting on a Song, and has very simple guitar playing. Nevertheless, the simplicity of the song makes it incredibly pure and calming. Auerbach’s voice sounds beautiful and is in perfect pitch throughout. That being said, his singing is definitely less gritty than usual and manages to give you chills by the chorus. The track is a bit sad but still lifts your spirits and does not feel depressing at all.

Overall, Waiting on a Song is one of the best albums of the year so far. Every track offers something different and gives you the desire to just relax, take it easy, and maybe buy a big house on the ocean.

The Spill Magazine is a Toronto-based online publication dedicated to covering the independent music scene with a strong focus on our thriving hometown talent. Our writers bring you up-to-date news, in-depth features on musicians and reviews for the latest CD releases. We also travel to the front lines for all local festivals including Canadian Music Week and North by Northeast. Don’t forget to check out our Facebook and Twitter pages for all daily Spill updates.
RELATED ARTICLES
album reviewsdan auerbachnonesuch records
7.0