SPILL ALBUM REVIEW: DAMIEN JURADO – IN THE SHAPE OF A STORM 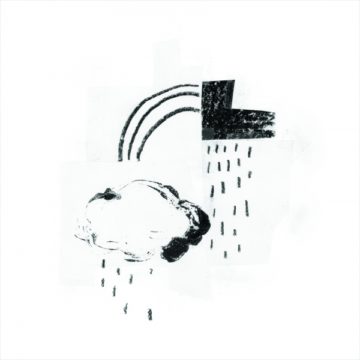 On In The Shape Of A Storm, Jurado has gone completely acoustic, with no percussion. He is joined by Josh Gordon (on ‘high-strung guitar), and Jurado is the sole producer. This album sounds great, the guitars cut through perfectly, and for my money Jurado’s vocals are some of the best he has ever caught on tape. The production on this album is about as perfect as it gets. Jurado lets the songs dictate the production and he very wisely stripped back the instruments to basics.

The fact that the album was reportedly recorded in two hours is even more astounding. I used to think that it was genius that The Beatles recorded their first album (Please Please Me) in less than 13 hours. He beat them by 11.

While Jurado’s music has always been considered folk, with a few strays here and there, this is the genre in which he seems most comfortable. On this album, he excels in both his musicality and his songwriting. But interestingly, some of these songs are long forgotten ones that Jurado has recently rediscovered. The opening song, “Lincoln” was actually written 20 years ago, and was intended for the album Ghost Of David (2000). Although it would have been fine on that album, here it serves as an introduction to the rest of the album. It is a stunning song with a stirring melody and beautiful lyrics. Jurado ends the song by singing “There is nothing left to hide. Nothing left to hide” and it sets the tone for the album.

Although the songs were not written to be part of one specific album, they fit together. Musically they are all acoustic and folk but sound different enough to keep you paying attention. The way in which the album is structured allows one song to easily flow and introduce the next. Lyrically, like life, it is all over the place. Love, loss, remorse, confusion, and everything else. Jurado is a talented lyricist and this album certainly shines a light on that talent.

SPILL ALBUM REVIEW: DAMIEN JURADO – IN THE SHAPE OF A STORM

Born and raised in Whitby, Aaron discovered music through his love of The Beatles. This led to a career in radio, writing for various publications, and ultimately a radio show about The Beatles (Beatles Universe), which ran for over four years. When not immersed in music, Aaron enjoys spending time with the loves of his life -- his wife Andrea, and daughters Emily and Linda (all of whom have an intense love of music too).
RELATED ARTICLES
album reviewalbum reviewsdamien jurado
8.0