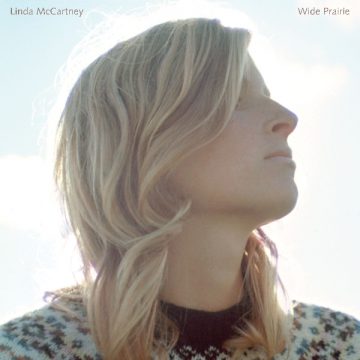 Wide Prairie, Linda McCartney’s only solo album, was originally released in October 1998, roughly five months after her passing. It was an album that she had been working on for many years. During that time, Linda would record a song here and there, but she was content being a member of Wings, and was more interested in her family,  photography, and eventually writing vegetarian cookbooks. The music, for her, was not a driving force. This is a pity, because she was a very talented writer, passionate singer and had a solid understanding of what songs to cover that suited her and her voice.

Of course Paul McCartney is all over this album, and he assembled the final product. For the most part he produced her and plays on the majority of the songs (with and without Wings). But it is the songs that McCartney has no involvement in  that demonstrate that she had so much more musical talent for which she was ever given credit. Listen to the beautiful and heartbreaking “Endless Days”. Her voice is vulnerable and she creates the mood of the song with the sparse yet moving arrangement.

With Paul, she has the permission to rock out, yell, and become more punk than most punk artists of the last 30 years. Listen to “I Got Up” or “The Light Comes From Within”.  On “The Light Comes From Within”, Linda addresses all of her detractors (“Oppression won’t win”) while calling out those who judge her (“You say I’m a hick. You’re fucking no one”). This is clearly someone who is comfortable with who she is and is able to express her anger in a brilliant song. 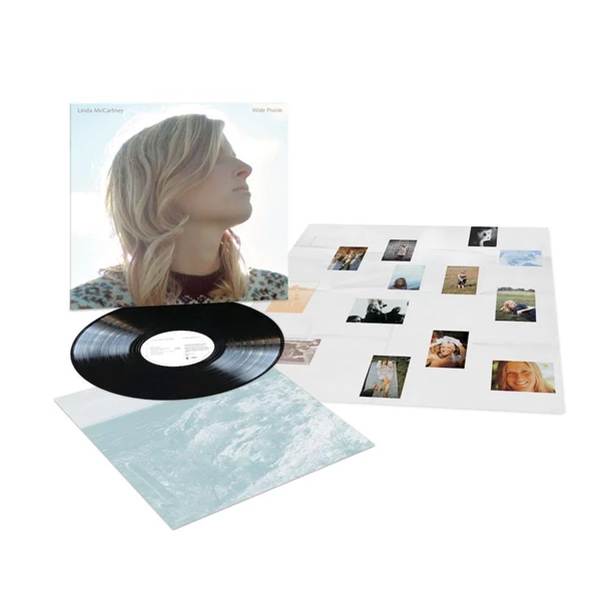 Some of the tracks had been previously released (“Seaside Woman”, a massive hit in Canada in 1977, “B-Side to Seaside”, and “Cook Of The House” from Wings At The The Speed Of Sound), and some have been available in different versions (“Cow”, “The White Coated Man”) but the majority of Wide Prairie are previously unheard songs written by Linda. There are a couple of covers (the charming “Sugartime” co-produced by Lee ‘Scratch’ Perry for example) that help round out the set.

Overall Wide Prairie is an utterly charming album, made with a great deal of love and passion by an often overlooked artist. The songs are all over the genre map, which makes the entire album that much more enjoyable. Yes, Paul McCartney is all over it, and much like another recent re-release (McGear), McCartney is using his position to shine a light on artists that may not otherwise get the attention they deserve. The sad thing about Wide Prairie is that it took Linda so long to put together that it ended up being her only album. A pity, really, as I think she had many more songs, stories and issues to address. But she used other platforms (such as photography and a new book of her Polaroids is about to be released and there is a retrospective of her career on tour in Europe) to express her environmental concerns and her enjoyment of life.

Born and raised in Whitby, Aaron discovered music through his love of The Beatles. This led to a career in radio, writing for various publications, and ultimately a radio show about The Beatles (Beatles Universe), which ran for over four years. When not immersed in music, Aaron enjoys spending time with the loves of his life -- his wife Andrea, and daughters Emily and Linda (all of whom have an intense love of music too).
RELATED ARTICLES
album reviewalbum reviewslinda mccartney
10