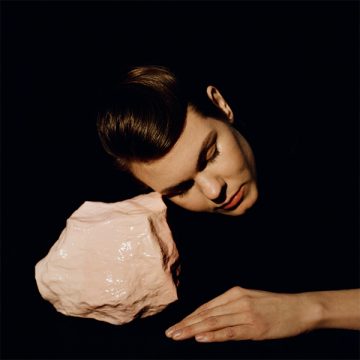 How many Canadian artists do you know that spent time as bookkeepers in Brazil? If the answer is none, then here’s one — Steph Yates, who also goes by the name of Cots, and who just came up with a brilliant, subdued album Disturbing Body.

And yes, her stay in Brazil did have an influence on her music on this album, and that influence shines in the best possible manner. Yet, Yates just doesn’t stick to the expected bossa nova influence, but adds to that some jazz, probably influenced by her love of Billie Holiday, but also makes a connection to Joni Mitchell and her exquisite songwriting in all shapes of forms.

It sounds like a very heavy task to pull that off and still sound like a brand new, individual voice. But Yates has both the voice and songwriting skills to do just that, whether it is the opening “Disturbing Body”, “Bluebird”, or anywhere else on this album.

“These songs, for the most part, have to do with the heart, something I was shy to write about previously,” reveals Yates. “It’s possible my deepening love for Brazilian music, wherein some of my favourite artists sing freely about ‘o coração’, emboldened me in this way. As a collection, the songs give a prismatic view of a lone heart in its course having known closeness and having known loss.”

And, yes, you can feel that vibe throughout Disturbing Body, probably one of the best late night albums that you will hear this year.