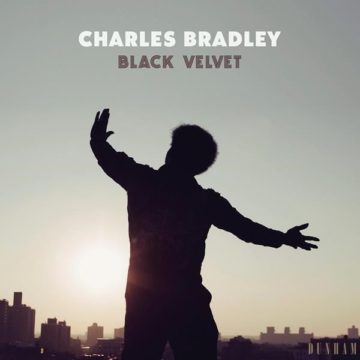 After his sudden and unexpected passing on September 23 of last year, the legacy of Charles Bradley has been one that embodies the sense of classic funk and soul music for the modern era. Much like the late Sharon Jones, he performed with a sound that encapsulated the Daptone sound – something he and Jones were a major part of branding across the globe. The Daptone sound was one pulled straight from the most classic R&B icons -Aretha Franklin , James Brown, Otis Redding, and Sam Cooke among many others – it was stylistic in sound yes, but it was honest. There was a sense of integrity that Bradley captured that made him incredibly compelling. Now, for his first posthumous album, Daptone Records have released Black Velvet, an appropriately titled album that further enriches Bradley’s legacy with one final album.

Black Velvet opens with the upbeat “Can’t Fight This Feeling”, the first of four unreleased songs making their debut on the album. Like a lion rising above his pack – in this case, the always incredible Menahan Street Band – Bradley’s croons raspy yet bellowing voice takes the lead over this funky number and he seamlessly shifts from a softer tone to his signature and Redding inspired throat wrenching screams. Things shift with “I Feel A Change”, a slightly more melancholic ballad of self-reflection originally recorded for Bradley’s sophomore album, Victim Of Love. While that record is nothing short of brilliant, I have to wonder why “I Feel A Change” was cut from the record as the song captures yet another creative and emotional peak from both Bradley and the Menahan Street Band as they duel for control of the track. The title track takes the form of an instrumental track – one I assumed Bradley’s long time band mates and friends wrote and recorded in his memory – which once again cements the Menahan Street Band as one of the greatest backing bands ever. When paired with Bradley’s raw vocals, that’s when magic occurs.

To round out the release, Black Velvet includes Bradley’s covers of Nirvana’s “Stay Away”, Neil Young’s “Heart Of Gold”, and  Rodriguez’s “Slip Away”, along with tracks which were released limitedly through events such as Record Store Day – including a duet LaRose Jackson on “Luv Jones”. To close the record is a previously unreleased electric version of “Victim Of Love” where we get one final breathtaking performance from Bradley – one that is equally incredible as it is heart wrenching.

Perhaps what is most welcomed about Black Velvet is how Bradley remains a figure of inspiration for not only musical talent, but character. Throughout the ten tracks, Bradley’s gravelly and smoky voice is fueled purely by his ambition, joy, sorrow, and love. While it’s unclear if all of the unreleased tracks on Black Velvet were new and intended for a new full length album or if they were B-sides from Bradley’s career, it does not matter as these songs only soar beside his acclaimed covers and lesser known releases. Without a doubt, Black Velvet is an album you must hear this year.

A passion for music has always been a part of Gerrod’s life. As a young boy, he was raised on a steady diet of the music from The Chili Peppers, Aerosmith, The Stones, Prince, and others from his mum. Raised in the GTA, Gerrod continued to foster his love for music by attending a wide range of concerts and learning the drums. His unapologetic passion for music has no bounds and has spread to a wide variety of styles, whether it be the 90’s rock that sound tracked his teenage years, the jazz he studied in university, or his newfound love for hip-hop. He recently received his bachelors in music and education from York University and is passionate about writing and reviewing good (and less than good) music. Gerrod is also the drummer and songwriter for a Toronto based rock & roll band, One In The Chamber.
RELATED ARTICLES
album reviewalbum reviewsblack velvet
7.0