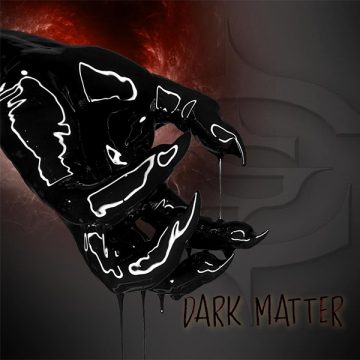 After a successful run of two studio albums and touring with bands like Gemini Syndrome and Starset, CARBONSTONE called it quits in 2014.  Seven years later, Corey James, the band’s front man, felt inspiration nagging at him. He reformed the band, dug up a few never before heard songs, began writing new ones, and started channeling a very real dark side that had been making its way to the surface for a long time.

A concept album, Dark Matter tells the story of trauma and real life as told by the band, which nearly everyone can relate to. In the powerful “Phantoms”, a voice pleads “I never asked for this/they’re buried under my skin/I need an exorcist/my soul is burning within”. A heavier album that went in a very different direction than their previous ones, Dark Matter starts with an obvious wound and moves through the process of realizing and resting your demons, and healing from the trauma. You can hear the struggles pour out in the lyrics of the darker tracks, and also feel the healing in others like the nod to hitting rock bottom with lyrics “Sometimes the fall is how we heal” and “Do you feel better now?”

Full of heaviness, amazing guitars and riffs, memorable lyrics and screams from deep within James’ soul, this album will take you through your own trauma and make you realize you’re not just listening to this album, you’re feeling it.

Melinda is a music enthusiast from the US who grew up on vinyl in the 70s and 80s. She's a lover of all genres, but rock/metal runs through her veins. Music is always in the background and in her head. Unfortunately, she has to have a "regular 8-5" job since "Professional Concert Go-er" doesn't pay the bills. Her bliss would be to follow more musicians and bands than "People she may know" on social media. Her ultimate long term goal is to be the old lady just enjoying the show down in front at the barricades at live shows. Her favorite quote is "Where words fail, music speaks".
RELATED ARTICLES
album reviewalbum reviewsam trauma
8.0