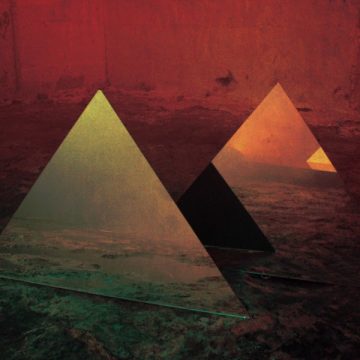 Broncho reached the pinnacle of their pop sensibilities with 2014’s “Class Historian.” The track commandeered Alt-airwaves with a catchy, nonsensical hook. Whereas most ear-worms recall Khan’s brain bugs from Star Trek II, “Class Historian” became a welcome resident of the Hotel Subconscious.

Double Vanity, however, reflects a band reacting against the anomalism of their momentary lapse into new wave pop sensibility. Scuzzy guitar and low-fi recording welcomes primal response, but more often than not successful garage rock acts adapt or suffocate themselves pursuing purity. On this, their third LP, Broncho pursues art by artificially narrowing the bandwidth conscribed by garage rock’s already constrictive tenants.

On “Fantasy Boys,” the album’s first single, the band relies on the tease of a hook and the swelling grunge ambience, consciously pulling back from any concrete listener response. Don’t condemn this as timidity; instead judge this album from the perspective of a band purposefully limiting the number of tools at its disposal. Double Vanity is a Cutthroat Kitchen contestant with only an upside-down wok at its disposal.

“Señora Borealis” deviates minimally from the cycle, opening with a dirty blues riff that could have been clipped from the The Black Keys. Ryan Lindsay embraces low-key receding warbles and mumbles. He’s lead singer that works as just another cog in the machine. But this momentary fissure in consistency only reinforces Double Vanity’s greatest weaknesses by drawing attention to our desire to find difference.

Broncho disavows convention in favor of unified method and motive. This approach, while commendable from the perspective of “rock purity,” results in 11 tracks lacking tonal distinction. A casual listener to Double Vanity could mistake it for a 1-song concept album. From another perspective, imagine what they can do once they return that upside-down wok for the rest of their cooking utensils.

James David Patrick has a B.A. in film studies from Emory University, an M.F.A in Creative Writing from the University of Southern Maine, and an honorary Ph.D. in bullshitting about everything else from the College of Two Pints. His fiction and non-fiction has appeared in PANK, Monkeybicycle, Squalorly, Specter Lit, and Bartleby Snopes among other wordy magazines. While he does not like to brag (much), he has interviewed Tom Hanks and is pretty sure you haven't. He bl-gs about music, movies, and nostalgia at thirtyhertzrumble.com and runs the James Bond Social Media Project at thejamesbondsocialmediaproject.com. James lives in Pittsburgh, PA.
RELATED ARTICLES
album reviewsbronchodine alone records
8.0