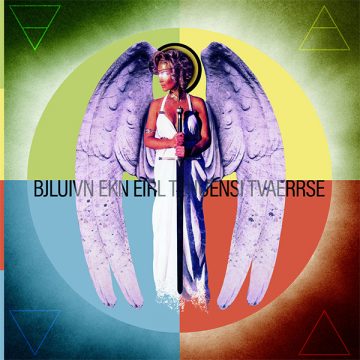 Jordon Zadorozny is one of those one-man musical operations that always surprises but never lets down. Juvenile Universe, his latest album as Blinker the Star, is no exception in either of those respects.

Jordon says that ‘I operate mainly as a one-person band in the studio at this point, bringing in friends to add colour and texture on certain tracks, but for the most part I start and end things alone. My residence is also my recording studio, so when in-person recording jobs began to fall off last spring, there wasn’t much stopping me from finishing this new batch of songs off fairly quickly’.

It was already the case that Zadorozny could produce some brilliant music by himself, but that ‘fairly quickly’ term he uses in no way brings down the quality of music presented on the album.

The surprise factor this time around comes in the form of a much tighter, you could even say heavier sound, with those exceptional vocal harmonies in full presence, at times supported by Posies’ Ken Stringfellow and Sloan’s Gregory McDonald. The contributions on the heavier tracks are most likely that of Paul D’Amour’s influence (Tool/Ministry).

And yet again, Zadorozny proves himself as a musical encyclopedia that has any musical style or genre at his fingertips. Juvenile Universe is another gold star in the Blinker the Star’s collection.

Formerly a lot of things, including a journalist and a translator, currently a freelance writer living in The Netherlands.
RELATED ARTICLES
album reviewalbum reviewsblinker the star
7.0