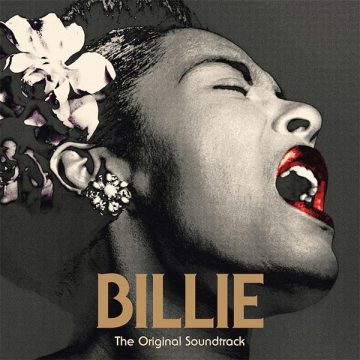 What can you say that has not already been said about Billie Holiday, one of the best–if not the best—singer, male or female, ever? Maybe that there’s an upcoming documentary about her coming up, as well as its soundtrack,  Sunset In The Blue. It includes some of the best-known tracks Holiday has recorded, and she is accompanied on two tracks by The Sonhouse All Stars. Actually “some of the best-known” is the closest description you can give, because those working on the selection here definitely had a hard and painful time excluding almost anything, particularly her interpretations of songs such as “Body And Soul” or “Moonlight In Vermont.”

What is presented on the soundtrack certainly deserves to be here – “God Bless The Child,” “Don’t Explain” or “Strange Fruit” are certainly some of the best vocal renditions Holiday made. No matter how many years since she recorded “Strange Fruit,” the potency of that song and its message still remains as strong as ever.

This is not just a companion to the documentary, but possibly the Billie Holiday collection you want to have close to the top of your “play again” pile, or a perfect holiday gift for those you care about.

Formerly a lot of things, including a journalist and a translator, currently a freelance writer living in The Netherlands.
RELATED ARTICLES
album reviewalbum reviewsverve records
9.0