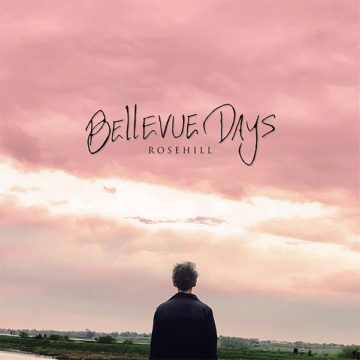 After amassing critical success in 2016 with the release of their album Sad Boy, Bellevue Days are back again with Rosehill, an overall impressive EP that reflects on both the adolescent and adult lives of the band’s four members. According to Bellevue Days, the lyrics and atmosphere of each track “is based off a few very significant events in each of our lives.” When I listened to the EP’s five songs, the band’s intentions to reminisce about regrets and ponder the past were immediately felt through the music’s raw vocals and chords. Although some elements of the album felt repetitive, Bellevue Days have ultimately, in my opinion, done the stories of their youths justice with an album that feels like an unmasked look into the past, as well as a glance into the future.

The first single released from Rosehill was “Secret Love”. The song begins with gentle guitar strums that compliment the deep tone of the vocalist. “Secret Love” eventually moves forward on an upswing that changes the song from soft to powerful as the band discusses becoming addicted to chasing after a lover, and warns against it. It evokes memories of young love gone terribly awry. “Secret Love”, along with the album’s closing song “Dead Summer” offers a sound that is more indie than pure rock, which is something that is not often present on the other tracks on the album. These two songs remind us that Bellevue Days has more to offer than violent voices, they show that the band can still capture emotion in a way that is somewhat subdued, but still raw. For fans of a softer sound, “Secret Love” and “Dead Summer” are your best bets.

The second single to come off of the album was “Faith”, the darker and more abrasive sister to “Secret Love”. While the album’s first single takes its time building up to a few powerful verses, “Faith” hops right in with a more powerful rock sound that the band can easily pull off. Although the songs subject matter (overcoming obstacles and losing faith in religion) is a message that reverberates in the hearts of many, as someone who prefers indie-folk over rock, this song was one of my least favourites on the album. “Faith” is a well executed song, with the band’s emotions evidently oozing through the lyrics, but if you’re someone who prefers a softer track, I’d stay away from this one.

My one critique of the album is the slight repetitiveness. Although the album itself does feel like  a departure from Sad Boy of 2016, there almost seems to be a model for the songs in which they start slow and softly, move to intense vocals in the chorus, and then return to slow and soft. To me the only song that clearly breaks from this mould is “Dead Summer”. Bellevue Days definitely executes their music well, but they don’t show any signs of real experimentation, from which the results could be incredible.

Amongst sludge pop/rock albums, Rosehill really is good. All the right notes are played and Bellevue Days communicates the meanings of their songs with a talent. Although some of the songs feel repetitive, Bellevue Days chose to do what they do best when they created Rosehill, and they do a great job of it.