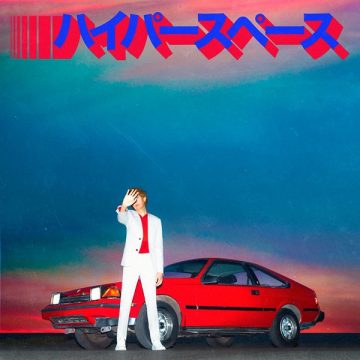 On his 14th and latest album Hyperspace, Beck picks up right where he left off in 2017 with his Grammy Award-winning release, Colors.

Beck Hansen first came into the public eye in 1994 with his breakthrough, worldwide hit “Loser”. Since then, he has racked up seven Grammys and multiple other awards for his work, that encompasses folk, funk, hip hop, alternative rock, and even country.

With Hyperspace, he explores new but familiar territory, inherent in his alternative rock roots. The album opens with the soaring but short orchestral track “Hyperlife”. It’s reminiscent of the Close Encounters Of The Third Kind soundtrack, which sets the proper tone and gives an indication of where this album, and Beck himself, are headed musically.

The two following tracks, “Uneventful Day” and “Saw Lightning”, were co-written and produced by multi-talented producer and rapper Pharrell Williams. These are just two of the more successful co-produced songs on the album. Others include collaborations with long-time bandmates Jason Faulkner, Smokey Hormel, and Roger Manning.

Next up is the melodic synthesizer-based and vocally driven alt-rock ballad “Die Waiting” with its introspective and memorable melodic lyrical content. This song certainly marks one of the best cuts on the album.

The finger-popping “Chemical” delivers a soaring orchestral-infused chorus. It is followed by the melodic, trip-hoppy, introspective, and catchy love song, “See Through”. This is a track which is so good you’ll probably want to listen to it three or four times in a row.

The keyboard/synthesizer-infused cut “Stratosphere” is pleasant enough as an experimental piece, but we soon get back to Beck basics – the good stuff. His real mark as an artist is heard especially in the haunting and self-examining “Dark Places”.

The album wraps up with the cool and lyrically-biting Beck commentary on contemporary society, “Star”. Closing the album fittingly with his ruminations on life is the introspective ballad “Everlasting Nothing”. This is a song which acknowledges that, although life may sometimes seem futile, it is always worth continuing to push forward.

Gerry Young is President of Current Records and Management, and author of the 2011 biography Pop Goes The Weasel: Rock And Roll Off The Record, available at Indigo/Chapters, Barnes & Noble, and Amazon.com. He has recorded and managed Juno Award winning bands Martha And The Muffins and The Parachute Club among others.
RELATED ARTICLES
album reviewalbum reviewsbeck
8.0